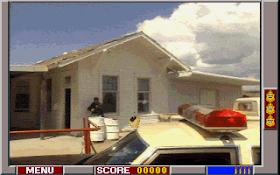 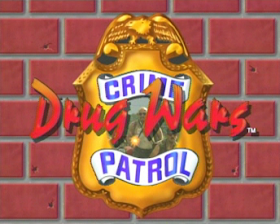 It's worth mentioning separately.
As you know, drugs are ruining millions of souls annually, mostly young. But if drugs are one of suffering and death, then the other - fabulous profits. Billions of dollars earning traffickers. In all corners of the earth shamelessly let down her tentacles drug mafia. Particularly strong influence and power it has in Central and South America, where they were based, and countless cartels are operating, supplying its terrible potion in the United States. We are constantly uncompromising struggle on all fronts against this evil, sowing death around the world. But this war has dragged on for years. And perhaps you could only save humanity from the white plague. «Drug Wars» you through this nightmare. You have to take a clear go through four stages of a long and arduous journey in the fight against drug trafficking bosses.
In the beginning you happen to work together with the local sheriff to drive dealers who distribute drugs in a small town in southern States.
Then fate will throw you into a huge metropolis - Chicago, where he will neutralize a large underground network that trades in cocaine.
The next step will be to participate in the Border Patrol on the Mexican border, tracking down couriers mafia. Finally, after going through all these ordeals, you will be sent to the most important task in South America. Here and is hiding in a luxurious villa head cocaine cartel. And if your hand does not tremble at this crucial moment, you can make come true justice to the biggest drug lord in Latin America. We believe that you will be able to successfully cope with all challenges, despite the fact that the enemy is very cunning and ruthless. Hope its true hand-eye precision and excellent response.
Rules, interface, management «Drug Wars» and «Crime Patrol» absolutely identical. But, it will not be superfluous to reiterate the main points of the game menu.

NEW - start a new game;
LOAD - continuation previously recorded;
SAVE - the ability to save the current state (you can subscribe at any time by going into the menu. But there is only one current signature);
CONTINUE - exit the game from the menu;
DIFFICULTY LEVELS - choose the level of difficulty. There are three options:
- WIMP - easy;
- ROUGH - average;
- TOUGH - heavy;
‹
›
Home
View web version