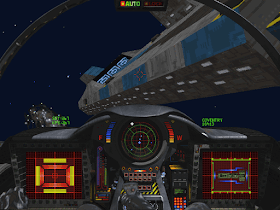 Genre: Simulation
Perspective: 1st-person
Gameplay: Shooter
Vehicular: Space flight
Setting: Sci-fi / futuristic
Narrative: War
Published by: ORIGIN Systems
Developed by: ORIGIN Systems
Released: 1994
Platforms: DOS, 3DO Interactive Multiplayer, PlayStation (PSX, PS1)
The action takes place in the year 2669th The "Concordia" is destroyed and Blair's friend Jeannette "Angel" Devereaux is in the hands of the Kilrathi. Blair is emotionally destroyed at the beginning of the game on the ground, because he knows nothing about the fate of fishing only and is aware that it has been sent on a secret mission from which they never returned until now. Admiral Blair as Wing Commander Tolwyn added to the already abundant elderly "TCS Victory", under the command of Captain William iron. Under the ship's crew is two old comrades who had defected Kilrathi Lt. Col. Ralgha "Hobbes" nar Hhallas and Todd "Maniac" Marshall, to the Blair maintains a strained relationship because of its exuberant ambition and selfishness.
The "TCS Victory" is part of a plan of attack by Admiral Tolwyn, which should finally turn the tide in the decades fiercely raging, heavy losses led war. The hunters of the support vessel to the "TCS Behemoth," a capital ship with a planet destroying weapon in their foray into Kilrah, the central planet of the Kilrathi, protect against attacks. Nevertheless, it is possible the Kilrathi under the leadership of Prince Trakaths to destroy the "Behemoth", because the opponent is informed by an undetected spy on the "Victory" on all plans. In addition, Blair learns in a duel with Trakath first time the death of his girlfriend Angel. 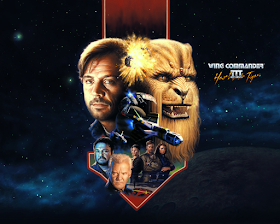 After the destruction of the battleship the Confederacy activated an emergency plan. Paladin consecrates Blair into the secret project of the Temblor bomb. Since Kilrah is a tectonically unstable planet, could this weapon - placed in the right place - also cause the destruction of the entire planet. The task Blair is using the experimental combat fighter Excalibur and a cloaking device on scale of Angel and her team secret bases penetrate deep the bomb in the home system of the Kilrathi and drop the bomb on Kilrah. When the plans are disclosed to Hobbes is a spy of Kilrathis to recognize and flee from the "Victory" to warn the Kilrathi before Imminent attack. It is up to the player whether he Hobbes pursues and brings to the track, or whether he lets him go.
Blair continues the operation as planned. In Kilrah system he must be in a final confrontation for the last time Prince Trakath questions and finally can finally defeat him. He throws the bomb off as planned and Kilrah is destroyed. Blair, who can not escape fast enough with his flying machine of the pressure wave of the destroyed planet, picked up along with his destroyed by a hunter Kilrathi flagship. Commander Melek nar Kiranka, the highest-ranking survivor of the royal family, Blair admits the defeat of the Empire and capitulated.

Wing Commander 3 was developed with a budget of approximately four to five million U.S. dollars. It was so at the time one of the most expensive games productions. The action elements of the game were not told by computer animation, but with digitized FMV sequences. This was possible because the takeover Origin Systems by Electronic Arts in 1993 were modern Silicon Graphics workstations for development. The recordings were made with the help of green and blue screen technique and backgrounds then inserted into game graphics. As the graphics engine originally developed by Roberts for Strike Commander and upgraded to SVGA Real Space engine was used.
The third part is also the first game in the main series, in which Roberts no active part in the programming took longer. Although the basics of Real Space engine came from him, he had no part in the development of the game logic and the program code. After Roberts was originally supposed to take place only for a test turning on the director's chair, he took over this role then complete.
The roles of pawns in the intermediate films were adopted from well-known actors. So Mark Hamill played the hero Christopher Blair, Malcolm McDowell his superior Admiral Tolwyn. John Rhys-Davies took over the role of Paladin, Blair's friend from the old days. In addition, from the Back to the Future and Blood In, Blood Out-known mime Tom Wilson plays the role of a maniac. For the role of the ship technician Rachel Coriolis porn actress Ginger Lynn was hired. Origin competed the game as an interactive movie.

Wing Commander 3 appeared due to the numerous video clips on four CD-ROMs and was delivered in multiple languages. It was originally released for PC and Apple Macintosh, and has been ported in the following years and in addition to PlayStation 3DO. The younger versions include additional film sequences compared to the original version. Below is a scene in which Hobbes in a Holobotschaft Blair outlines the motives for his betrayal after his escape from the "Victory". Due to the lack of explanation in the original version of the action of the Kilrathi seemed incomprehensible and was therefore later. Hobbes explains that he was a sleeper agent who had voluntarily agreed to a personality overlay. Its true to the Kilrathi Empire devoted identity was thereby replaced by a humane personality (see the sci-fi short story memories wholesale from Philip K. Dick). In this way, finally succeeded in the smuggling into the Confederacy (see the story of Wing Commander: The Secret Missions 2). Only by mentioning the code word "Heart of the Tiger," Blair kilrathischen name of honor, the original identity was restored.
Was the unusually wide price range, under which was offered for publication in the trading game. While a PC chain was offering the game permanently for 99 DM, which markets a large electronics chain required at the beginning of 169 DM for the game - a price which until then had never asked for a computer game. However, these were not the normal retail version of the game, but the so-called Premiere Edition.
Rather than in a normal cardboard box the premiere edition was packaged in a metal tin shaped as a roll of film and additionally also contained a T-shirt, a video cassette with the making of and two CD soundtracks, background information, interviews and scenes failed. The American version was also the Wing Commander Fleet Action novel by William Forstchen, the theme of the game's plot preceding the Kilrathi attack on Earth.

The resolution lost due to the source of thought to Origin Systems Wing Commander 3 was made in September 2011 by a former developer of the fan community are available to prevent a permanent loss of a long-term archiving.

The American game magazine Computer Gaming World awarded from Wing Commander 3 1995 Action Game of the Year, and Tom Wilson for best male drama performance. With 96% game Wing Commander 3 held for many years the record in the PC Games until this 2004 Half- Life 2 was set.
Wing Commander is together with Myst and Star Wars: Rebel Assault as one of the leading title for the success of the CD-ROM disc format for computer games. Although initially there were major concerns about a published only on CD-ROM title, the title sold over one million copies It was EA's first CD-ROM exclusive million-seller.
The high-quality cutscenes of the game offered a dedicated fan and friend film enough material to cut it into a two-hour feature film.

The basic gameplay of the series remained in the third part. More space between the player of the game as the Pilotenbar, the sleeping barracks, the command state or the flight deck can move between missions. He can similarly lead as its predecessors conversations that are played in the form of filmed sequences. In some places the player different reaction and response options are offered. While this does not change the fundamental course of the game, but lead to small variations and can change the attitude of certain characters against Blair. So Blair can choose a new girlfriend, for example, in the course of history, the choice here are two female crew members of the "Victory".
The player controls during the flight missions out a space hunters from a cockpit or first-person view. Due to his position as squadron commander of the "TCS Victory" of the players in the third part can now decide who accompanied him in the flight missions as a wing pilot, which fighters for the mission is used and how arming yourself is to put together. There are five different types of hunters, which in addition to energy beam weapons different types of rockets, space mines or torpedoes with it.
Among the new features include the ability to adjust the speed of the hunter's keystroke to the target of the enemy. Similar to Star Wars: X-Wing, the distribution of energy between spacecraft propulsion, weapons, shield and repair system can be customized according to your own ideas. With the automatic sliding the flight direction of the hunter will be given to keep, while the orientation of the ship can be changed. This can fly approximately parallel and at constant speed to a capital ship, the hunter, while the player aligns the bow to fire on the flanks of the spaceship. Besides the usual patrol, escort and attack missions, there are special missions such as verminen of jump points, launching torpedoes or camouflaged room, for the first time in the series history, atmosphere on planetary missions. Altogether there are about 50 different missions, but not all have to be played, depending on the player decisions and mission success. Similar to its predecessors, there are several alternative terminal facilities of the game, however, significantly differ from the formulated aim of the game. 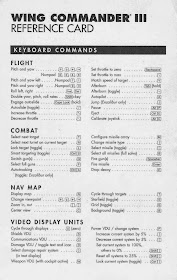 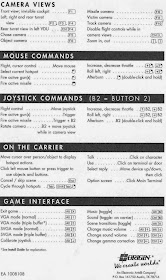