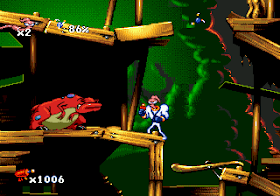 Genre: Action
Perspective: Side view
Visual: 2D scrolling
Gameplay: Platform, Shooter
Narrative: Comedy
Published by: Interplay Entertainment Corp.
Developed by: Shiny Entertainment
Released: 1995
Platforms: SEGA CD / Mega-CD, SEGA Game Gear (GG), SEGA Genesis / Mega Drive, Super Nintendo (SNES), DOS, Game Boy Advance (GBA)
Game Earthworm Jim: Special Edition for Sega Mega CD is one of the best versions of games in the series Earthworm Jim. Unlike the original game Earthworm Jim for Sega MegaDrive / Genesis, this version of the game Earthworm Jim: Special Edition is extended it has longer levels, additional rounds like "More Junk" where Jim is left without a spacesuit, and a new weapon, as well as more animation And even more funny and traditional for the game of humor.
The game is so popular that it even seems stupid to talk about anything about it. To his appearance on the world Worm Jim owes a talented artist Doug TenNapel, he is the creator of The Neverhood. By the way, in the game Worm Jim speaks in his voice.
Before the super suit fell on Jim Worm, he was an ordinary earthworm who was busy with his ordinary affairs. And it all started when this "Ultra-supersonic high-tech indestructible super-cosmo-cyber-suit" was created by Professor Monkeyhead for the evil Queen Pulsating, Bloated, Festering, Sweaty, Stinky, Pus-filled, Malformed, Slug-for-a-Butt, she wants to destroy the galaxy. And she also wants to get rid of her sister Princess What's-Her-Name. But we had to learn about this a little later. Later, this space suit was stolen by a cosmic thief, whom somewhere near the planet Earth overtook Psy-Crow. That's how the costume hit the Earth, in which the worm Jim turned out to be. Now Jim has to save the princess. 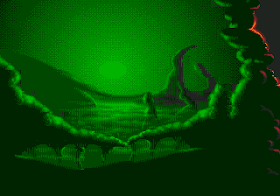 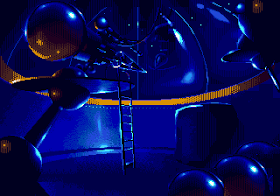 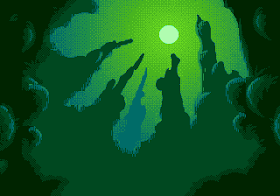 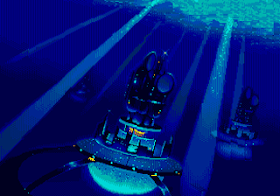 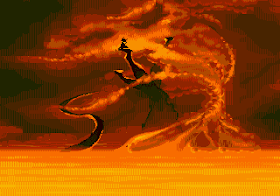 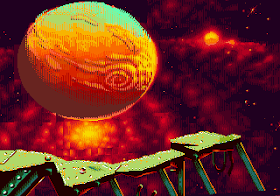 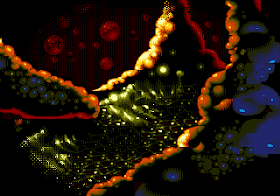 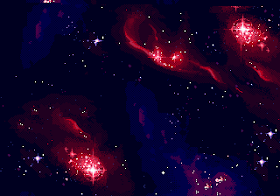