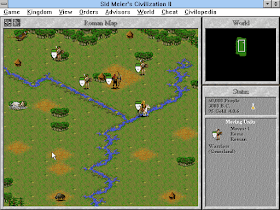 Genre: Strategy / tactics
Perspective: Bird's-eye view
Visual: Free-roaming camera, Isometric
Pacing: Turn-based
Gameplay: 4X, Managerial / business simulation, Turn-based strategy
Interface: Multiple units / characters control, Point and select
Published by: MicroProse Software
Developed by: MPS Labs
Released: 1996
Platforms: Windows 3.1, PlayStation (PSX, PS1)
"Civilization II" is one of those cases when the sequel turns out to be an improved version of an already excellent original in almost all respects, without any radical changes. It was not for nothing that a modest subtitle "The ultimate version of the best-selling strategy game" flaunted on the box with the game, emphasizing exaggerating the degree of its continuity in relation to its titled predecessor. Of course, in fact, the differences between the two games, albeit small, are enough - if only because a completely different team was working on the sequel. Despite the usual appendage to the name in the form of the name of one of the most famous game makers in history, Sid Meier himself practically did not participate in the creation of the second "Civilization" - except for the one-day "brainstorming" that preceded the start of the work. 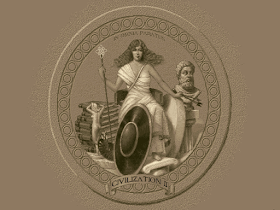