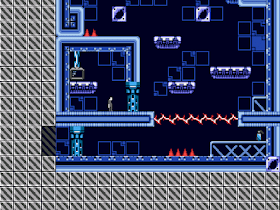 Genre: Action
Perspective: Side view, Top-down
Visual: 2D scrolling
Gameplay: Platform, Shooter
Interface: Direct control
Vehicular: Space flight
Setting: Sci-fi / futuristic
Published by: OrionSoft
Developed by: OrionSoft
Released: 2017
Platform: SEGA Genesis / Mega Drive
The plot tells about a certain totalitarian state in which there is a confrontation between the great government and terrorists who disagree with the line of the socialist party. The player assumes the role of one of the rebels, an Eris engineer who is a member of the underground movement Truth Defenders. You will need to save political prisoners and denounce the bloody regime of the Chekists in favor of the capitalist democrats. The game will be filled with puzzle, stealth and adventure elements.
‹
›
Home
View web version