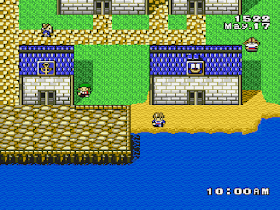 Genre: Simulation, Strategy
Perspective: Diagonal-down
Vehicular: Naval / watercraft
Published by: KOEI Corporation
Developed by: KOEI Co.
Released: 1994
Platforms: SEGA Genesis / Mega Drive, DOS
Continuation of the strategy game from KOEI. Now you can choose a character (out of 6) and act according to what this hero aspires to. Graphics and sound have improved significantly. You can create a whole fleet of ships of different types (for this you need to build or buy them, as well as improve them), you also need to recruit teams, distribute resources, trade, and perform economic and combat missions. Recommended for fans of the genre.
‹
›
Home
View web version