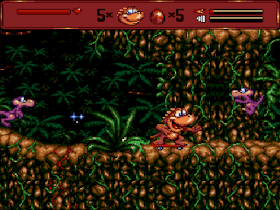 Genre: Action
Perspective: Side view
Visual: 2D scrolling
Gameplay: Platform
Sport: Skateboarding
Setting: Prehistoric
Published by: Activision
Developed by: Beam Software Pty.
Released: 1994
Platforms: SEGA Genesis / Mega Drive, SEGA CD / Mega-CD, Super Nintendo (SNES)
Activision once again holds the bar of quality. From the bowels of this prolific office, a simple arcade game with a dragon in the title role appeared. The laws of the genre are carefully observed. Our task remains the same - to lead the main character through the crowds of enemies to the long-awaited victory. View, as expected, from the side. You can move around the level both on your own and on a skateboard. Thanks to interesting things in the gameplay, the game is definitely a success. The only negative is the uniformity of locations.
‹
›
Home
View web version