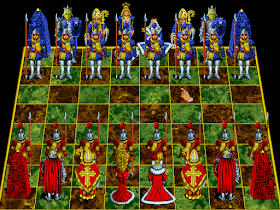 Genre: Strategy
Gameplay: Chess
Setting: Fantasy
Published by: Interplay Productions
Developed by: Interplay Productions
Released: 1992
Platforms: DOS, 3DO Interactive Multiplayer
Famous animated chess - in a new, improved version!
As in the old floppy version, we are dealing with the most ordinary chess, dressed in an attractive graphic package - each piece becomes a certain animated little man, and each capture or movement of a piece is a full-fledged mini-cartoon, strongly depending on who takes whom and in general . Actually, the famous scene with magic chess in "Harry Potter" was probably written under the impression of this game...
The MPC version was released only on CD and differs from the floppy version in higher resolution graphics paired with redrawn sprites of all shapes from scratch. The main idea of each is kept unchanged, they were simply drawn to fit the new screen size. Next - we are offered a voluminous tutorial in which each of the figures pronounces (voiced, we note, in full!) A monologue on the topic of their own steepness, the principle of walking ... and a look at the political situation in our kingdom, imagine! Finally - CD-music! Music while you think about how to move, music for walking each piece, and even music for checkmate! Wow! 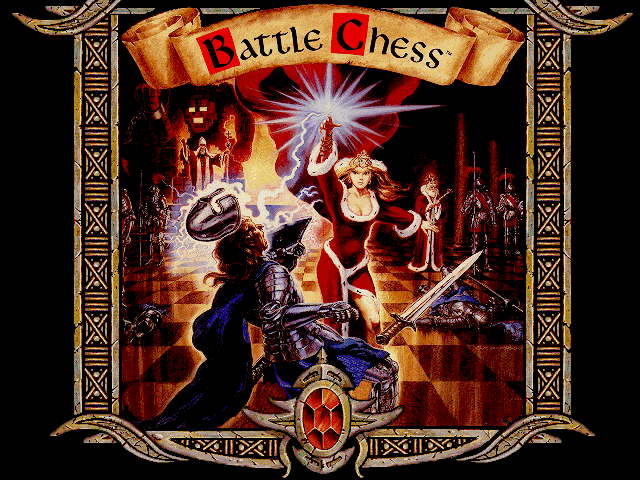