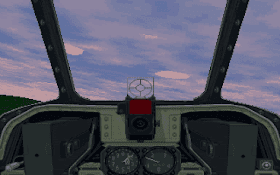 Genre: Simulation
Perspective: 1st-person
Vehicular: Flight / aviation, Vehicular combat
Setting: Historical events, Oceania, World War II
Published by: MicroProse Software
Developed by: MPS Labs
Released: 1994
Platform: DOS
The Pacific Air War describes the battles between Japan and America in the Pacific. Six types of missions are offered: for example, torpedoing an enemy ship and escorting a bomber; You can fly in both directions. Although the game focuses on realism, almost everything can be customized to your liking. Autopilot, waypoints, tactical map and more are also in place. The graphics look decent even now (despite the low resolution), especially if you remember that they were made when neither Direct X nor 3d accelerators existed.
‹
›
Home
View web version