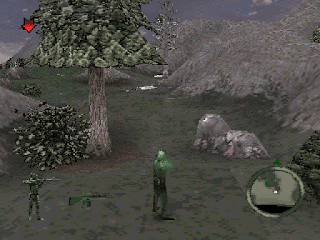 Genre: Strategy / tactics
Perspective: 3rd-person
Gameplay: Shooter
Vehicular: Helicopter, Tank
Published by: 3DO Company
Developed by: 3DO Company
Released: 2000
Platform: PlayStation (PSX, PS1)
In the continuation of the war between the green and brown toy soldiers, battles will now be fought both on land and at sea, and even in the air! In addition to tanks and jeeps, the game now has helicopters, bombers and battleships. Howitzers also appeared. In addition to the main mode, the game also has multiplayer: a game for two, where you need to capture the enemy flag first.
‹
›
Home
View web version