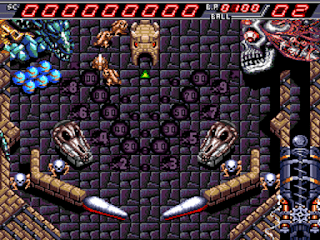 Genre: Action
Perspective: Top-down
Gameplay: Pinball
Setting: Fantasy
Published by: NEC Technologies
Developed by: Compile, Naxat Soft
Released: 1990
Platform: TurboGrafx-16 (TG-16)
Awesome pinball. I assure you that you have never seen such a pinball. The entire gaming table is made on the theme of the otherworld. The whole process is accompanied by music from which frost on the skin. True, the meaning of the game remained the same: score points and that's it. Anyone who wants to spend another evening playing this cool pinball and kill time for you.
‹
›
Home
View web version