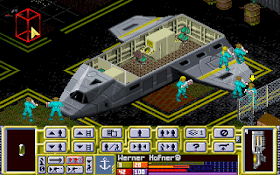 Genre: Strategy / tactics
Perspective: Bird's-eye view
Visual: Isometric
Pacing: Turn-based
Gameplay: Turn-based strategy
Interface: Multiple units/characters control
Setting: Sci-fi / futuristic
Narrative: War
Published by: MicroProse Software
Developed by: MicroProse Ltd.
Released: 1995
Platforms: DOS, PlayStation (PSX, PS1)
Humanity, oddly enough, survived the invasion of aliens in 1999 and, after licking its wounds, rushed into the future. However, at the time of the killing of the superintelligence of aliens on Mars (the Kydonia plateau), a super-powerful signal beam was sent towards the Earth, in the direction of the most impenetrable ocean depths. And in 2040, humanity again faced an alien threat. This time, the terror came from the depths (Terror from the Deep). The X-Com program was immediately resumed.
Now you will have to fight the invaders under water (except for places of attacks on civil liners or port cities), and, therefore, the technologies obtained in the first war will not help. Everything will have to start from the beginning.
The second game in the series is almost a complete clone of the first. However, there are several distinguishing features:
- in the opinion of many, the graphics have become less pleasing to the eye, although the level of detail has increased;
- the technological tree is somewhat complicated and full of bugs, so it will not be superfluous to find an option for the "correct" development;
All in all, if you liked X-COM: UFO Defense and are looking for new challenges, then X-COM: Terror from the Deep is for you.
P.S. About the technology tree. There are several critical bugs in the game that can even block the path to victory. For example, if you interrogate Commander Tasoth, and not Lobster Man, then the exploration of the city of T'Leth will open for you, but the Leviathan submarine will be unavailable. 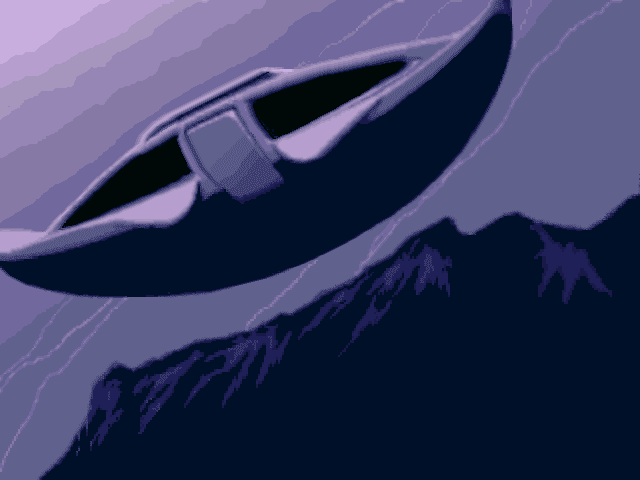