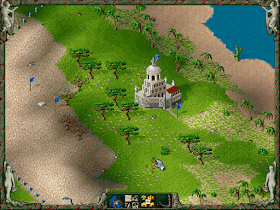 Genre: Simulation, Strategy / tactics, Compilation
Perspective: Bird's-eye view
Visual: Isometric
Gameplay: City building / construction simulation, Managerial / business simulation, Real-time strategy
Interface: Point and select
Pacing: Real-time
Narrative: Classical antiquity
Published by: Blue Byte Studio GmbH
Developed by: Blue Byte Studio GmbH
Released: 1997
Platform: DOS
Somehow a ship sailed on the sea, such a big one. And all of its passengers read some "Robinson Crusoe", and some - "Mysterious Island". Therefore, when the ship nevertheless ran into the reefs and sank, everyone rushed to land in a joyful crowd and decided to surround both the unfortunate Robinson and the brave travelers J. Verne. Still - after all, they had a great many Fridays, and the islands were downright full of resources. So stock up on three or four liters of juice, food and go to the computer for a week - these enthusiasts cannot cope without you. 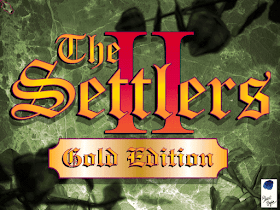 The arrangement of everyday life from scratch to the construction of a whole city - this is Settlers II. The game continues the traditions of the first part - a strategy with a multi-stage and complex economic model. Everything is like in life - in order to build a house, you need to stretch a road to it and bring building materials. If a mill is built, a miller must be sent to it and must not forget to supply him with grain. Yes, and the grain needs to be grown. And so that in the process the subjects do not starve to death, you need to fish and hunt. The entire Settlers II economy is a multi-pass system in which primary resources (wood, food, ore, etc.) are transformed into more complex intermediate resources (metal, planks) and finally into a finished product (swords, beer, houses). Resources are all important - for full development you will have to find ways to get all the varieties and delve into all the subtleties of the settlers' life. Resources, by the way, are depleted over time, so we must not forget to plant trees and take care of exploration and construction of new mines in advance.
There is also a combat part in the game, which is very weak and meaningless. Catapults are especially monstrously implemented. In addition to our settlers, there are aborigines living on the island, with whom you will have to meet and fight. Who is it easy for now? For the successful conduct of hostilities, you will have to wow how to develop all production, otherwise the soldiers will remain idiots with blunt swords, catapults will not be able to shoot, etc. To adapt to the unhurried manner of the settlers to fight, you need to spend some time patiently at the computer - the general slowness of the game is reflected in this aspect as well.
There is no direct control in the game, which is not uncommon for economic strategies (for combat, however, too). That is, you cannot choose a unit and send him to do something, you can only provide him with working conditions, and he himself will go wherever he sees fit. In battles, this is somewhat annoying, but the economic part of the game becomes easier - you don't need to explain to each lumberjack what to do.
Outwardly, the game is very pleasant - all objects are animated, and when you have already built a settlement, you can watch for hours how residents go about their business, production buildings work, etc. However, you will have to intervene regularly in the process - alas, these guys are not alone will cope.
The game has a campaign and individual maps. The campaign begins with training, which is simply necessary to pass, otherwise you will never understand all the intricacies of the game. Only after digging into it a lot and (preferably) completing all the tasks, you can start missions, which are sometimes very difficult.
Playing Settlers II is an extremely meditative activity, it is recommended for introspective and calm natures, there is no drive here. Warcraft lovers run the risk of collapsing their noses into the keyboard and knocking over their beer on it, and this is a dangerous short circuit. In case of fire, call 911. 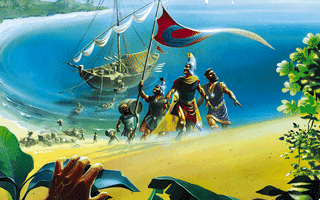