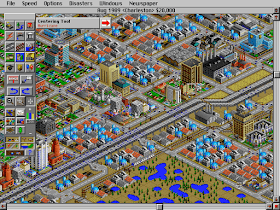 Genre: Simulation, Strategy / tactics
Perspective: Bird's-eye view
Visual: Free-roaming camera, Isometric
Pacing: Real-time
Gameplay: City building / construction simulation, Managerial / business simulation
Interface: Point and select
Setting: Contemporary
Published by: Maxis Software Inc.
Developed by: Maxis Software Inc.
Released: 1993
Platforms: DOS, PlayStation (PSX, PS1), Super Nintendo (SNES)
“It is also clear that if in the game you have to drive, fly, or walk around the city, completing tasks, but who wants to just build a city? It's boring! " - so said the sales specialists. But gamers, as always, had no idea what games they should want to play, and the popularity of SimCity, the first city-building simulator, surpassed the most optimistic forecasts. No matter how stupid the specialists who sat in the galosh felt themselves, it would have been even stupider on their part to ignore the prospects of peaceful urban development. So, four years after the official release of SimCity, SimCity 2000 appeared - a logical development of a successful idea and another milestone in the history of the genre. 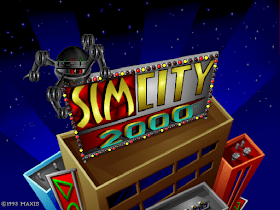