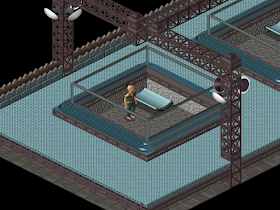 Genre: Action, Adventure
Perspective: Bird's-eye view
Visual: 2D scrolling
Gameplay: Puzzle elements
Published by: Electronic Arts
Developed by: Adeline Software International
Released: 1995
Platforms: DOS, PlayStation (PSX, PS1)
In 1994, the unknown studio Adeline, headed by Frederick Raynal, released its first game. It was an Action / Adventure game built on a pseudo-3D engine and performed in an isometric view.
It was called Relentless: Twinsen's Adventure ...
The result was stunning (even the developers themselves were shocked): in the shortest possible time, the game captured the hearts of millions of fans of good games and adventure games, in particular. Western Europe, Eastern Europe, USA, pirated copies in the Baltic countries and, of course, in Russia. In 1995, this game was played by almost everyone for whom the word adventure was not an empty sound. What did Frederic Raynal and company manage to do? And they created an amazing insight and atmosphere about the adventures of a boy named Twinsan from the planet Twinsan, who had to go from being arrested in the citadel and the dictator Fanfrock to the liberator of the planet and people's hero Twinsan. During his wanderings, the brave Twinsen had to visit many islands of the planet, overcome an incredible many obstacles and trials, meet face to face with the evil Fanfrock and the beautiful goddess Sindell, find many friends and meet his beloved ... 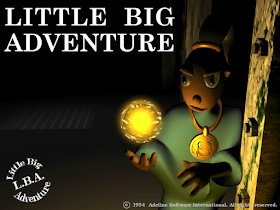 Relentless (later also called LBA) was played in one breath, with a sinking heart. This game was built SO that it made you believe what was happening on the screen: empathize with the brave hero when trouble happened to him, rejoice with him when he dealt with his troubles.
The debut project Adeline turned out to be a surprisingly kind, smart and interesting game, which was very pleasant to play. In addition to the gorgeous plot part, the game also had impressive technical characteristics: unprecedented hitherto in adventure games "3D" graphics (in general, the graphic design of the LBA was called revolutionary by many foreign publications of that time), easy and pleasant control (oh, if not for the lack of free saving !), simply inimitable musical and sound design. And directing local videos ...
The game quickly formed a fan community: the players, filling the forums and chats, discussed, advised, shared their impressions and recommended to the neophytes who accidentally lost their way to these places to urgently play this game. Those, without hesitation, agreed, and the community of fans grew, strengthened and developed every day.
Frankly speaking, you can talk about LBA (as you probably already understood) for a very, very long time: describe in detail all the adventures and quests, remember the most colorful heroes and NPCs, talk about the most memorable places where Twinsen had to visit ...
But if you who are reading these lines, due to some terrible circumstances, spent the mid-90s in a lethargic sleep and did not play LBA (!!!), then just play it. After all, if you went to this place and read these lines, then the phrase "old games" means at least something to you. At least for me it is synonymous with the expression "best games". And the LBA is one of them.
‹
›
Home
View web version