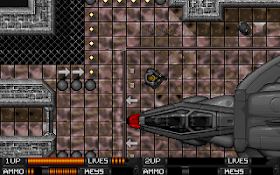 Genre: Action
Perspective: Top-down
Visual: 2D scrolling
Gameplay: Shooter
Setting: Sci-fi / futuristic
Published by: MicroLeague Multimedia
Developed by: Team17 Software Limited
Released: 1993
Platforms: DOS, Amiga
When the long-range spacecraft Leopold exited hyperspace, it found itself next to a huge ghost ship of unknown origin. Unfortunately for themselves, the Leopold team sent a research group to study the unknown vessel. Soon after the disappearance of the signal from the researchers, alien creatures poured into the ship of people and began to exterminate the team. 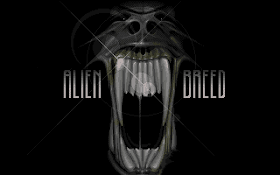 The player will have to fight for the life and salvation of the crew together with the engineer Theodore J Konrad. Android MIA will help the player navigate the maze of the ship, who will give advice on passing, information on finding the necessary consoles and weapons during the game. Despite the deplorable state of "Leopold", many of its systems can be repaired and put into action against strangers. One of them is a system of shops, where the found "credits" will be used to buy weapons, various improvements and cartridges for it. The player should pay special attention to this possibility of "buying" while he is on the "Leopold", because in the end Theodore will have to go to the ghost ship to destroy the source of the threat - the huge Alien Queen.
‹
›
Home
View web version