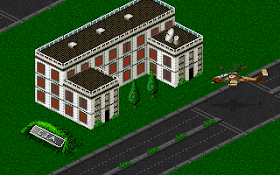 Somewhere in the Pacific Ocean is a nuclear explosion. It would seem that nothing really so special about it. Previously, some countries quite often "played with nuclear muscle" in order to test new weapons systems (so they say), but really - just to scare potential enemies. But beyond dumb show of force since 1945 is not reached. But in this story wrong. A sense of future troubles intensified. And for good reason. From the conversation of two pretty young people, we learn that the explosion has nothing to planned nuclear test war. It vdet of collusion between the two, apparently, major terrorist groups. One of them has some nuclear capacity, which for three days should bp sent another group. The ultimate goal of this venture, no more and no less - to blow up Washington to wean Americans to pry into other people's business (for some reason just seems so because it is in fact what we are talking about the drug trade).
Meanwhile, television interrupts its transmission specials on explosion off the coast of South America, which destroyed the whole island and caused damage to the whole surrounding area. Highlights the fact that the responsibility for our nuclear outrage over one's hand. And at this time in your office is most unpleasant conversation. Occurrence of all alarmed. Appropriate, as we like to say, "security forces" are on high alert.
At least the tracking and reporting of the Americans working at the level (thanks to Congress that does not cut investments in the space program.) Otherwise, how else would you, the President and his intelligence agencies were able to so quickly get to the bottom of what is happening? The secret is simple - the spy satellite not only taped overheard two unknowns, but also managed to take pictures of their faces. Who are the mysterious strangers that sweet couple? Carlos Ortega, the influential South American cocaine baron. In his possession is a huge private army, freeing him recently from Florida prison. A lot of good men were killed to put it in there, it's all, apparently, to no avail. His companion, the one who just stands today nuclear weapons, none other than Ibn Kilbaba son madman-general of the first series of games («Desert Strike»). Apparently, it's dad is alive and well. My son also went on a curve track terrorist, but even then - it is even more ruthless than his father (really, the possibilities are endless human).
So you have serious opponents and set up are very cool. 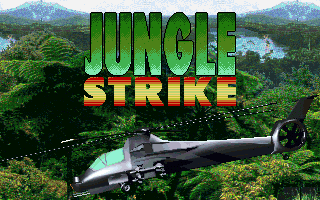