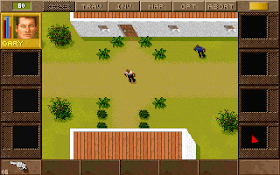 Genre: Role-Playing (RPG), Strategy / tactics
Perspective: Bird's-eye view
pacing: Turn-based
Published by: Sir-tech Software
Developed by: Madlab Software
Released: 1995
Platform: DOS
So, again, another war - this time in the tropical jungle. This war, as befits most wars conducted for the redistribution of spheres of influence. And there is that divide - in the mysterious jungle grow trees, fruit processing which brings fabulous profits. Yes, judge for yourself. At $ 500 a day income from each tree - in my opinion, sour. The only true, trouble - greedy boss says the first thing that he does not intend to fund this enterprise wide, though allocates some money for its development. But these tools you should be enough for a lot. First, you need to hire people. I am sure you will enjoy the process. Personalities come across very strange. This, for example, a criminal, ready to take on any task, if it promises money, not very "wet" and there is no smell policemen. There were here without Russian Ivan. As always in a fur hat with pineapple, Ivan, by the way, constantly compares the decaying capitalism to socialism developed, oddly enough, in Russian. Among other prominent personalities can be noted retired colonels and assassins. Remarkable Cuban named Fidel surprisingly deftly managed with different kinds of mines and detonators. 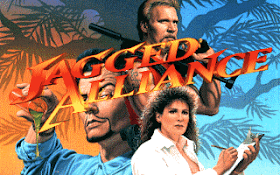