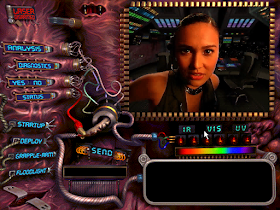 The game has three main characters , Space Marine on the spaces of interstellar war : Casey ( the alter ego of the player) , Airy ( Tia Carrere ) and Zack (Christian Bocher). In the prologue, the history of their spaceship is attacked , and Casey , regaining consciousness , discovers that all that was left of him - his brain is enclosed in a flask of life support. But Casey is not so helpless - the bulb is installed on board the ship with the help of sensors , the control panel of retired , he can manage systems ship of war , and most importantly - his faithful companions with him again . However, to talk with them is difficult because Casey is no longer the mouth. All he has left is to send the modulated pulses of the form " yes / no " instead of answers to their questions. 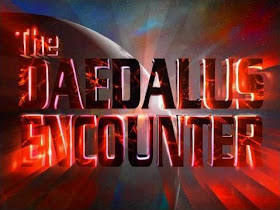 When he awoke , Casey discovers another piece of news : the galactic conflict has ended, and now they have turned into space pirates who have to look into the depths of space and loot abandoned , deserted ships , which have become grim monuments of the past war . During one of these raids Casey ship is wrecked by a collision with a mysterious alien spacecraft . The two ships are soldered together and move to the unknown. Casey will have to help solve the mystery of his comrades , " Daedalus ."
The trio of heroes must explore the huge alien ship and solve a variety of puzzles (in the spirit of the famous quest Myst, the founder of the genre such games). There will be puzzles with colorful laser beams and mirrors , a puzzle game - the original version of "points" , the fights with an aggressive alien race . Logic puzzles are interspersed actions of actors, their communication with the player sometimes takes the form of a comedy .

The game was released for the three platforms : 3DO, Macintosh and PC. As amended by the 3DO console video full-screen , and in the other - glass , framed with stylized interface ( in Windows-based version , you can switch to full screen mode «Space»). PC- version contains a number of " bugs " that have not been fixed by developers.
The game does not become a hit on systems Microsoft Windows, but remember users Macintosh, since after the publication she was part of the multimedia package that came with your "ruler » Macintosh Performa. 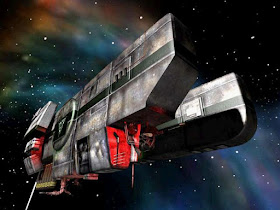 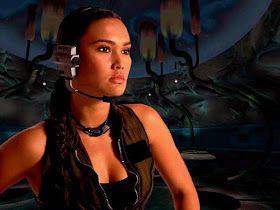 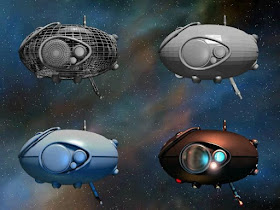 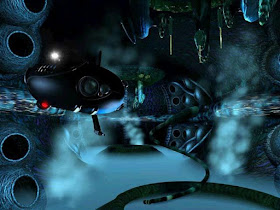 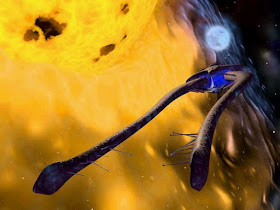 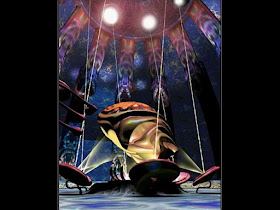 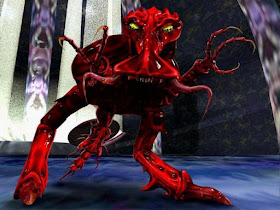 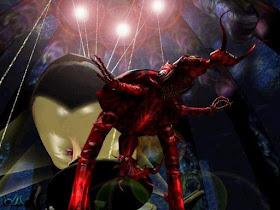 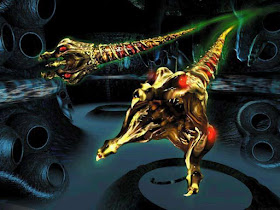 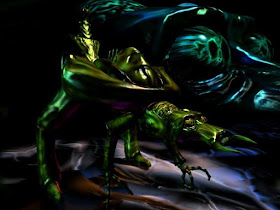 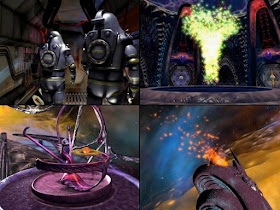 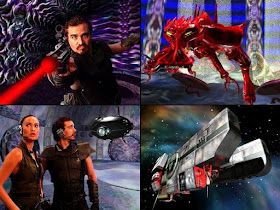 In 1995, the magazine Entertainment Weekly praised the game rating «B +» and posted a review in which , inter alia, stated : "It seems that the majority of game developers simply can not organically combine interactivity with cinematic ", then the publication noted that the long roll in beginning of the game every time they see again, if a player commits any mistake. The review says, " high technological performances and intense plot grab the player's attention to a sufficient degree , so he patiently waited out the episodes in which he had no choice but to observe what is happening on screen." Also, the publication notes the obvious impact that had on the authors of The Daedalus Encounter different movies (the trilogy of "others" , the TV series " Babylon 5 ") and computer games (The 7th Guest). Participation Tia Carrere called the trump card in the promotion of games on the market , " Carrere successfully debuted on multimedia. But her role as a sure win, that it has achieved success in almost any actress would have . " Singling out the shortcomings of the game , the reviewer notes , " a mixture of contrived dialogue and pointless plot turns " on the one hand, and the excessive complexity of some of the other episodes . " This game - a real find , thanks to genuine tense atmosphere of mystery and fantastic nature , keenly felt by player."
Sharing his impressions of the Windows-based version The Daedalus Encounter, Adrian Carmody put the game out of Quandary 2.5 "stars" of 5 and called it "a big improvement over the Critical Path, noting the best arrangement and" more intelligent gameplay ». Carmody also stated that "the puzzle - the basis of the game ," and that if a player like Entombed, then it should be palatable and The Daedalus Encounter, through similar gameplay : a set of closed doors , to pass each of which is necessary to solve a logic problem . Carmody also notes that the puzzles in the game are very different in terms of complexity - "from very simple to the hideously complicated" , but fortunately , a system prompts. Carmody responded enthusiastically about the schedule , approved the acting, the dialogue called "the clear, not pretentious , but not primitive . " did not like him the system save the game - just before the start of the main puzzles - " the problem is that it is difficult to determine which of the main puzzles . " also, preservation is not possible, if not to solve puzzles in order. " If you missed any - a puzzle , it is best to load a saved game , or almost impossible to get to the next save point."