The Need for Speed (Saturn) 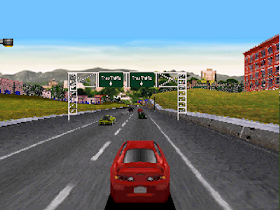 Genre: Racing / driving
Perspective: 1st-person, Behind view
Gameplay: Arcade, Vehicle simulator
Interface: Direct control
Vehicular: Automobile, Street racing
Published by: Electronic Arts
Developed by: Electronic Arts
Released: 1996
Platforms: SEGA Saturn, PlayStation (PSX, PS1), 3DO Interactive Multiplayer, DOS
The gameplay for The Need For Speed follows a realistic premise. Road & Track magazine was provided by EA with real information about the cars provided in the final game.
Each car has its own grip, characteristics, sounds and braking. Realistic gameplay has been made easy for new players to understand and play without much frustration at the start of the game. Plus, each car can be controlled from the cab.
The gameplay on the Playstation is quite different in the menu as well as on the HUD.

There are four game racing modes in the game. Police and traffic only appears in Head to Head mode.
No car can drive off-road since there are barriers leaving players on the track at the edges of the track. It also blocks cheaters from taking the short cut in races.
Racers can also be arrested by police on the road. If the rider is caught, then he receives a ticket. When a rider receives three coupons (two in the Sega Saturn version), he will be arrested

The machines included in The Need For Speed ​​are divided into three classes, each of which is distinguished by performance like speed and grip. It is not possible to modify machines in any way.
Players can also enter the Showcase Mode of each vehicle. Here you can see the main, historical, mechanical and productive information in a slide show and a small presentable video about each car. All information screens are commented out by the announcer. 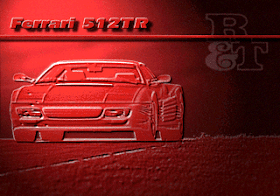 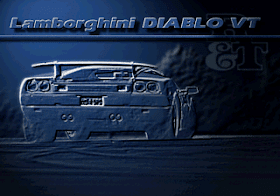