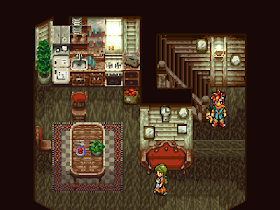 Genre: Role-Playing (RPG)
Perspective: Top-down
Art: Anime / manga
Pacing: Turn-based
Gameplay: Japanese-style RPG (JRPG)
Setting: Fantasy, Sci-fi / futuristic, Steampunk
Published by: Square Enix
Developed by: Square Co.
Released: 2008
Platforms: Nintendo DS (NDS), Super Nintendo (SNES)
Chrono Trigger for Nintendo DS is a remake of the eponymous classic role-playing game, released in 1995 for the Super Nintendo console. The version for the two-screen handheld differs from the original in the presence of an additional ending, a new dungeon, as well as support for all the basic functions of the DS. The story of the game tells the story of the main character Crono, who is trying to save his friend Marle, teleported to another dimension. The protagonist travels time and finds himself another job - to save the world from the coming apocalypse.
‹
›
Home
View web version