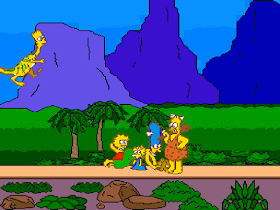 Genre: Action
Perspective: Behind view, Side view
Gameplay: Platform
Setting: Fantasy
Published by: Acclaim Entertainment Ltd.
Developed by: Sculptured Software
Released: 1994
Platforms: Super Nintendo (SNES), SEGA Genesis / Mega Drive
Another game on the Simpsons. Here Bart will again have to take part in various foolish situations. For example, it is throwing rotten tomatoes at passers-by, cycling through the dustbins, as well as completely senile things - running around the levels in the form of a pig and a kangaroo. In other words, the game is reduced to perfect stupidity. A single game for fans of the Simpsons and just stupid games.
‹
›
Home
View web version