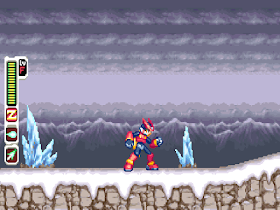 Genre: Action
Perspective: Side view
Visual: 2D scrolling
Art: Anime / Manga
Setting: Sci-Fi / Futuristic
Published by: Capcom Entertainment
Developed by: Inti Creates Co.
Released: 2004
Platform: Game Boy Advance (GBA)
Another platform shooter, pretty much updated. Zero is the main character. Now it can be equipped with various combinations of chips, which changes its abilities and attributes. He can also detect and use a new device called "recoilrod," which doubles the height of his jumps. As in previous games, there are elements of the role genre. Zero explores various territories, solves puzzles and as a result opens the game secrets, and at the same time ensures the security of virtual reality from the nefarious machinations of the villain Omega.
‹
›
Home
View web version