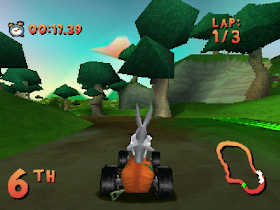 The game had a decent reception. GameRankings gave him a rating of 74.33% for the PSX version and 56% for the Game Boy Color version while Metacritic rated him with a 71 out of 100.

The game includes the "championship" mode with three different levels: the first of three races, the second of four and the third of five. Each race consists of six riders where the first come 10 points, the second 6 points and the third one earns 4 points. If the player obtains the fourth position (or a worse position), the race must be redone.
Winning a championship will unlock bonus levels and a new character. Winning the last championship is shown a final movie (if you use one of the initial characters) or a generic demonstration of the trophy won (if you use an unlockable character). The final movie consists in the desire of the winner result character.

The player can make a run on one of the circuits in the game.

These are 15 special stages, divided into three "levels" of five events each. The last event of each level is a race on a short distance with a secret character (Porky, Elmer or Gossamer). The other four events vary from the collection (collect a certain number of icons around the arena), under special conditions (without brakes), or time trial.
Winning every event, an artefact is recovered from the museum. Each event can end a failure or a medal if successful: bronze, silver, or gold. Winning a medal for each event unlocks the next floor; winning a medal on all the events on the third floor unlocks the final movie, which shows the Acme museum (temporarily) re-opened.

In this mode it is possible to compete between two players.
‹
›
Home
View web version