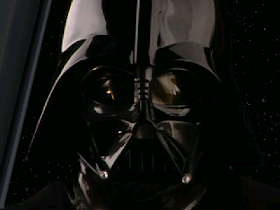 Before swap CD, save state to file, next CD, upload save state file.
Genre: Action
Perspective: 1st-person, Behind view
Art: Video backdrop
Gameplay: Arcade, Rail Shooter
Vehicular: Flight / aviation, Space flight
Published by: LucasArts Entertainment
Developed by: LucasArts Entertainment
Released: 1996
Platforms: PlayStation (PSX, PS1), DOS
Continuation of the game Rebel Assault, narrating about the adventures of the pilot "Rockie One". While in reconnaissance, the patrol received a distress signal from a cargo ship. This area of the galaxy was famous for the fact that ships often disappeared, so any deviation from the adjusted course could be deadly. And then, of course, once again there is a presence of the interests of the Empire, which are, in particular, in the plans to destroy the Rebel Alliance. Rebel Assault 2 - this is actually a shooter in the genre of interactive cinema, consisting of different sequences of scenes. Rockie One flies on X-Wing, Millennium Falcon, a racing bike, and also moves on foot. His main ability is the ability to accurately shoot laser weapons. Sometimes you have to act together with other characters who help him, or need to protect him. Subject animation sometimes happens different, but most scenes go without options.