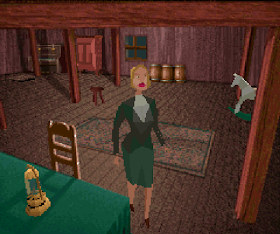 In Alone in the Dark there are a lot of "roughness" and minor flaws. Realizing this, even the creator of the game (Frederick Raynal) in the final stages of development began to fear that people would laugh at his brainchild. But, fortunately, his fears were in vain. The fascinating process of exploring the mansion and interesting history made people forget about the drawbacks of the game - in the end, "Alone in the Dark" became a successful project, earned the love of many fans, and also played a very important role in the development of horror games.