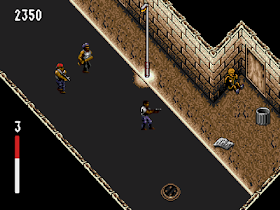 Genre: Action
Perspective: Bird's-eye view
Visual: Isometric
Gameplay: Arcade
Setting: Sci-Fi / Futuristic
Published by: Arena Entertainment
Developed by: Perfect 10 Productions
Released: 1992
Platforms: SEGA Genesis / Mega Drive, SEGA Master System
The instinct of the hunter sits in each of us, only here in the majority of people he is hidden deep in the subconscious. Probably, it has been incorporated into our genes for a long time. Previously, it was required by man to survive. But now we have become more civilized, and hunting has ceased to exist for us as a vital necessity. But there are people who are fond of hunting. For them, this is a hobby, collecting trophies that they hang on the walls. But who will become a hunter if he is hunted? A victim of a predator, the same hunter, but more cunning and standing on the other side. They come to our world as a giant safari, they come from the depths of the cosmos. They come like lions for their prey, but not for food, but for trophies. They are the same hunters, but their goal is a man with weapons in his hands. For man, they became predators. They are a predator and a hunter, all rolled into one. If you start hunting for one of them, he will long for you, as his best trophy. Are not you afraid to become a victim of a predator? Then become a predator and start hunting.
Los Angeles. The doomed city. Even the citizens themselves realize that they can disappear together with the city. A large tectonic fault like a punishing sword hangs over their city and threatens to stick its blade into it at any moment. And even realizing this, the city's population is shocked by the string of mysterious ritual murders that are walking around the city. The police had only one witness and a strange object that was not known what. But practically nobody believed the witness. According to her, it was a creature from the underworld. A version was put forward that a killer appeared in the city, who committed ritual murders to intimidate local gangs, since the first victims belonged to a local gang and they had their heads cut off and their skin was ripped off. This is where the local policeman enters our story.
Further development of the plot of the film and the game itself will come into contact unless the locations of the battles taking place between the two main characters of the film. The goal of the game is simple and does not abound with ingenuity. Getting to the level, it is required to rescue the hostages from three red points (for those who do not know, this is the sight of a predator). If you do not have time, the hostage can be collected on spare parts in several neighboring neighborhoods. Yes, and he does not go under the sights of a predator, he also needs a "skull" of a cop. In addition, so that you do not get bored, you will have to destroy all the different thugs climbing out of all the doors, who obviously do not like cops walking along their dirty slums (do not try to shoot them all, still they will appear from ill-fated doors, who really prevents your character from living). Having received the initial information, you can start a safari for a scalp lover.

Well, these are the same slums, dirty and nasty smells. Here you can survive, except if you move quickly and look in all directions, and preferably immediately;). To begin with, our cop has a gun, probably a Magnum brand, with an infinite ammunition (you did not see carts with ammunition behind it, but I wonder where he got so many cartridges?), But you can gradually take an automatic shotgun, rifle, grenades and the weapons of the predator (the latter will be lying on the final levels, that's where I will tell about them). Well, after you use a weapon against some bad person, there will be something on the ground, why they all have a roof, all drugs are shorter. Of course, our cop will not try it, but for collecting this "crop" it will receive bonus payments (you will gather a lot of eyes - there will be life, how many exactly - I did not notice because of the endless pressure of local criminals). Up to what local people do not like those who protect them, even taxi drivers and then shoot back. Or maybe it was not a taxi driver ... It's too late to figure out who is who. Trupopovku here and preferably more responsive. Well, that's the last hostage, it's time to get out of here, or the authorities will reprimand reprimand for excessive cruelty.

Well, only from the skyscraper did not have enough to fall. The wind, after all, there is a serious walk here. Even the turntable can not sit down. Oh damn! What does he shoot at me? I will answer emphatically, the gun is available, you can apply it without being embarrassed. I would like to think that there are no normal people on the roofs, but there are many abnormal people. Which just and seized the hostages from respectable citizens. The latter must be saved again and quickly. At this level, the predator will try to destroy the hostages somewhat faster than in the previous one. And also sometimes it does not mind taking aim at our cop. So, more closely.

Again these nasty slums. This time is even more confusing, with a bunch of alleys, from which undesirable individuals are climbing. Talking with them is one thing, even a trial is not necessary. The prisons are overcrowded, and local taxpayers do not object. Only here there are many rockers. Speed ​​exceed, yes so, that you can not even take aim. No, after all, the taxi drivers are fake. If there were real ones, they would not shoot the cops. But this is something new. The refrigerator blocked the road, you can not get around it. But the most unpleasant thing is that they start shooting at him. Sorry, bazookas are not at hand, we have to fight back what we have. That's because of what they shot back, they had drugs there was a full wagon. And here the predator aims. Bite-bite! Legs in hand, and let him aim now anew.

Darkness always aspired to the place where there is less light. And where it is possible to hide in the city? Of course, under the ground. In the place where a branched multi-kilometer network of tunnels. This description is suitable for several places in the city, but the most convenient is the metro. We'll go there. It's scary in the subway. Hostages are captured here, and you go and save them. Well, why does the police exist? So, it's time to put things in order, and help people too. Only help can not be interrogated, people and upstairs is not enough. And then another alien maniac must be chased. By the way, here he himself, on the car drove, just a little bit of our cop did not zashib. But that's the reaction, to use it. Having run through the gloomy metro, having packed a heap of dregs of a society, we rescue the last hostage. So, and now what else? Well, it did not take long to wait. The first disassembly between a representative of the terrestrial civilization with an alien snout. The first thing that the opponents thought was: "What kind of man is he, a freak!" Their feelings were interrupted, by mutual consent, by gun shots, obscene language (at least from the terrestrial side) and the desire to get rid of each other. It is not clear what the predator was more afraid of: earthly bad manners, shots from a pistol, or did he remember that he needed to clean up the newly acquired scalp urgently ???

(Slaughterhouse, in our opinion) And here the people in black arrived, the cop from his investigation was dismissed, it's good that they did not fire him for putting his nose where he did not need. Only somehow they did not manage to cope with the predator, now they are sitting connected and asking for help. Well, our hero did not look at this matter calmly, but the grief-hunters began to help out. Who would have thought that there are criminals here too. Although the place is just for them, especially for the sadistic audience. Probably, practicing on meat carcasses, they wanted to strengthen their skills on a black cop. But for a long time their zeal was not enough, and then a predator appeared. During the last battle, he dropped the souvenir (combat disk, flies at launch), and we pick it up and then try it out. The predator retired, well, we'll follow him ...

This is some kind of horror. Does hunting go to policemen? Turners and spin over your head. Across the street do not go. So strive then the rockers to move, or even from the taxi queue to start up. And about all sorts of thugs and not worth talking about. It's a feeling that all law enforcement agencies fled from the city and all power passed to those who have guns, big guns for not good deeds. That's why we have to puff for all our common acquaintance. True, the cannon is not so big, but she can also shoot. Still strained with the hostages. It is asked that they do not sit at home? Yes, in addition, this freak sometimes appears. Well, nothing, will not run away. That's only the turntables would destroy and under his sight not to fall.

That's where he wanted to escape. I thought he would dial the scalps and show everyone one place. Yeah, how. In his wake is a very evil, hungry, dirty cop. And he wants to break the evil on who started it all. But this mordasty does not just give up. After a quick attack retires, heals the wounds and again arranges an ambush in some dark corner of the ship. Yes, there is still no way to get rid of the special services, though, they obviously did not make a welcome reception here. We have to save them again. The owners of the ship are not very satisfied with those who came to visit them, probably from this they crawled out of their cabins in an uneven amount (such a feeling that they hit an anthill) and turned on protective systems (guns built into the walls). Strait a lot of extraterrestrial blood, our hero, finally, got to the freak who arranged all this mess and complicated the life of a peace-loving policeman. Well, let's start to delay on it in full, that's just that the earth's weapons do not seem to work for him, and maybe he acts, but not as he wanted. So, let's start using their own weapons. The benefit of spears and rifles of predators could be collected during a tour of the ship of strangers. Only run up close to the enemy is not worth it, he is also not happy with the guest, because he tears and throws.
Finally, the released spear (and maybe the disc) kills the predator. Then there are ego relatives. The cop realizes that he has not enough strength for all and came to an end. However ... he was considered the winner and handed a souvenir to the memory, and then sent away and flew away, frying the heels of a surviving but very battered policeman. It is questioned whether they flew to the next safari or left our world forever? 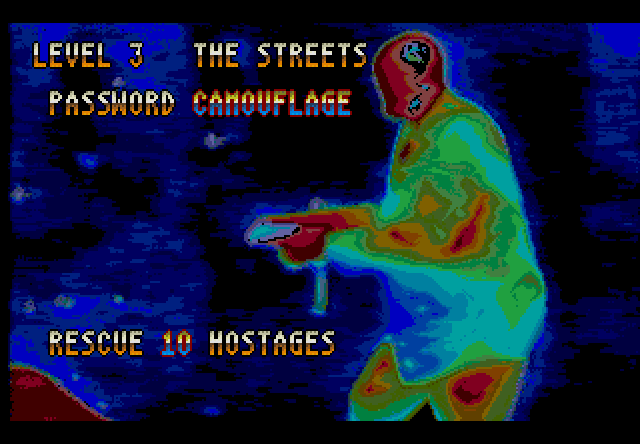 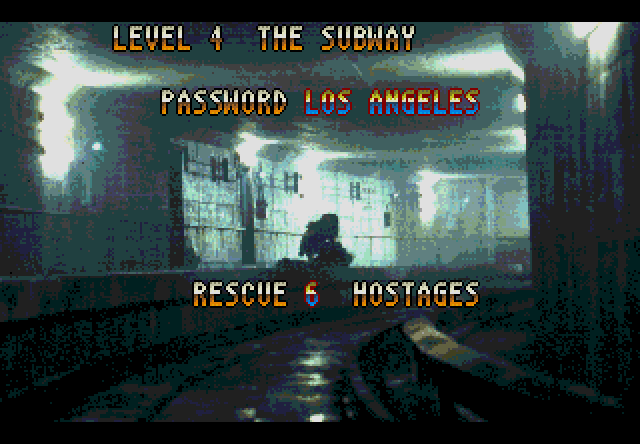 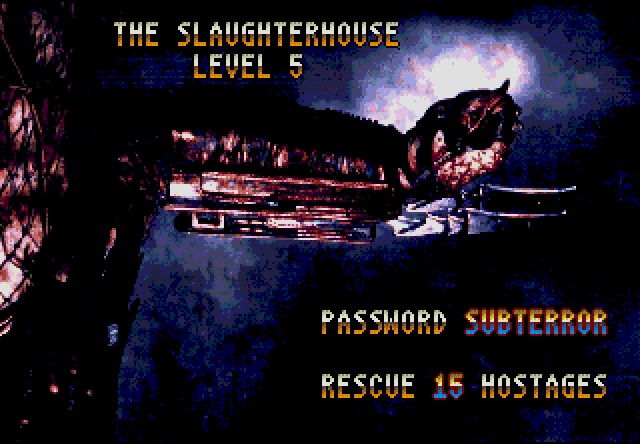 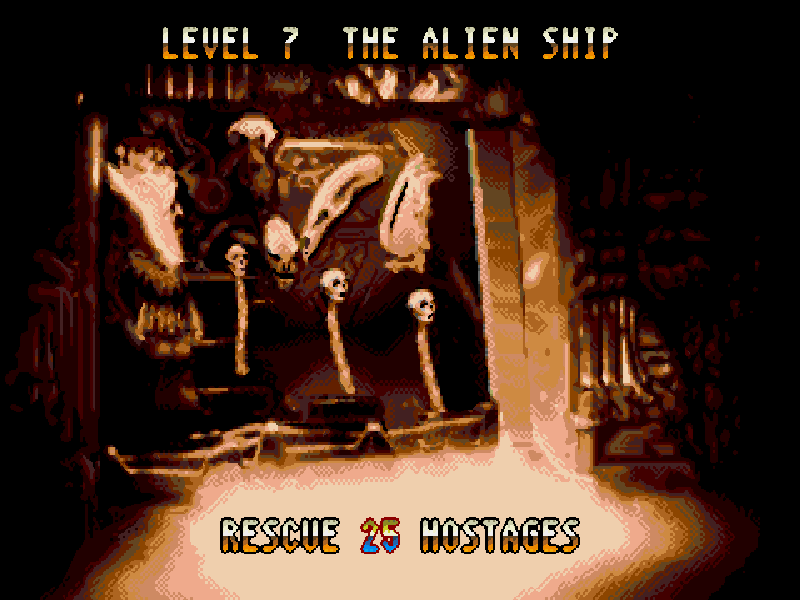 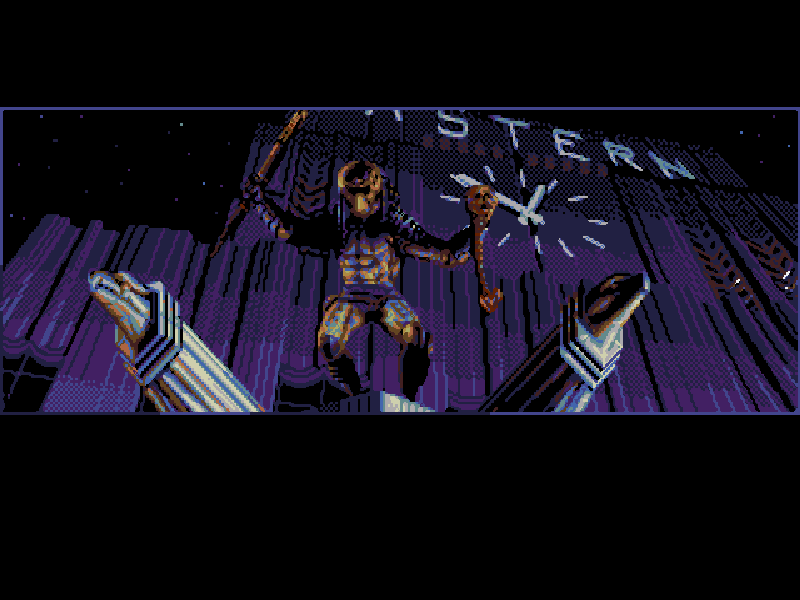