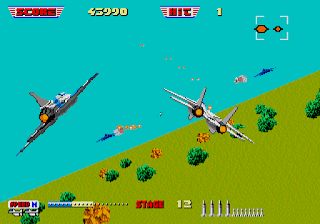 Genre: Action
Perspective: Behind view
Gameplay: Arcade, Shooter
Vehicular: Flight / Aviation
Published by: SEGA of America
Developed by: SEGA Enterprises Ltd.
Released: 1990
Platforms: SEGA Genesis / Mega Drive, SEGA 32X, Arcade Machine
The game in the genre of flight simulation. Aircraft similar to the F-14, and he also starts from the aircraft carrier, armed with guns and rockets can refuel in the air. The game is more arcade: Fly forward and shoot down bad planes (and where those planes used in such an amount?). About machine gun will not have to worry: he shoots continuously by itself. The graphics and sound are quite good. 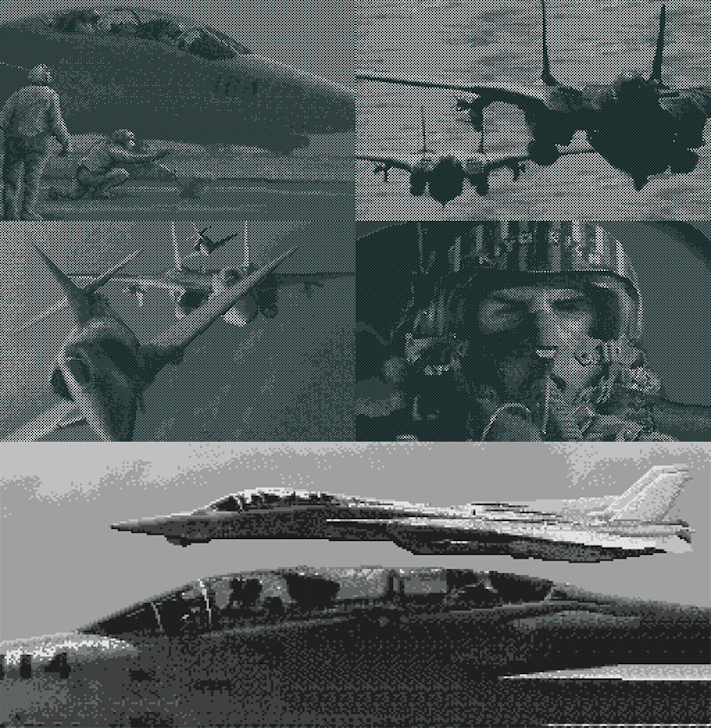