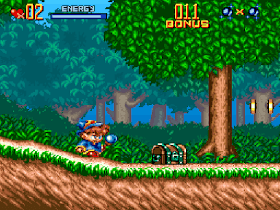 Genre: Action
Perspective: Side view
Visual: 2D scrolling
Gameplay: Platform
Setting: Fantasy
Published by: Titus France SA
Developed by: Titus France SA
Released: 1996
Platform: Super Nintendo (SNES)
A game about the adventures of a magician. The main weapon of any magician, as you know, is a magic wand. And your hero is no exception. The wand is capable of producing various types of magic to eliminate oncoming enemies and bosses, so it is advisable to look for improvements for it. There are also bonus levels. Pretty good solo game.
‹
›
Home
View web version