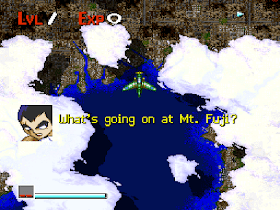 Genre: Action
Perspective: Top-down
Visual: 2D scrolling
Art: Anime / Manga
Gameplay: Arcade, Shooter
Setting: Sci-fi / futuristic
Published by: NEC Home Electronics
Developed by: Fupac, Sugeiya, Winds Co.
Released: 1997
Platform: NEC PC-FX
Emperor Zemu conquers one planet after another, planning to expand his empire to the edge of the galaxy. His strength is the huge robots that fight in his armies, designed by the genius scientist Dr. Lulu. But she realized that her inventions brought suffering and destruction to other peoples. Lulu runs away, taking the blueprints with her. She arrives on Earth shortly after World War II and, with the help of local scientists, constructs a powerful robot that can single-handedly protect Earth from Earth's attacks.
Zeroigar is the only shooter for the PC-FX system that continues the legacy of similar games from the era of the PC Engine (TurboGrafx). The player controls the Zeroigar as both a plane and a robot (for boss fights). As in most similar shooters, there are a lot of bonuses here. Each level starts with a regular weapon that can be upgraded with these power-ups. You can also find secondary weapons (bombs, torpedoes, etc.). A somewhat unusual feature of the Zeroigar is its level-up system. The player is awarded experience points depending on his result at the stage. After completing a stage (or after the end game screen), the player can use these points to increase Zeroigar's stats (health, defense, weapon strength, etc.). An unlimited number of continuations is also given, but each time you have to start the level from the very beginning. Anime-style cutscenes advance the story between levels. 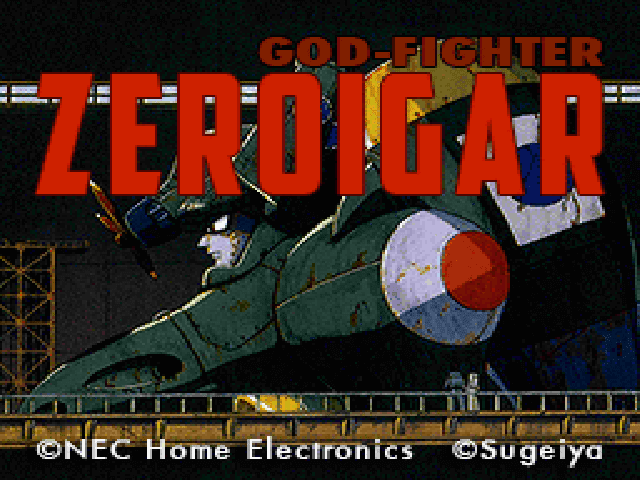