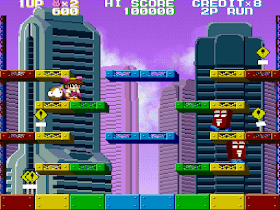 Genre: Action
Art: Anime / Manga
Gameplay: Platform
Published by: NEC Home Electronics
Developed by: Custom
Released: 1996
Platform: NEC PC-FX
The game is a platform game that is very similar in style to Bubble Bobble and Parasol Stars. There are 2 playable characters. In terms of gameplay, there is no difference between them. Both use a blob-like creature to hit enemies from a short distance (like a yo-yo), but you can choose one of them for single player, or use both in two-player mode.
Each level of the game is divided into 10 stages, which differ in the location of the platforms. The player will have to destroy all the monsters that move around the screen and move on to the next stage. Defeated enemy leaves a random bonus. Every 10th stage is a boss battle that has 2 forms: the first is a small character-sized monster, and the second is a large monster. The bosses have different attacks, including summoning smaller enemies and shooting at the hero, and you need to land quite a lot of hits to win. 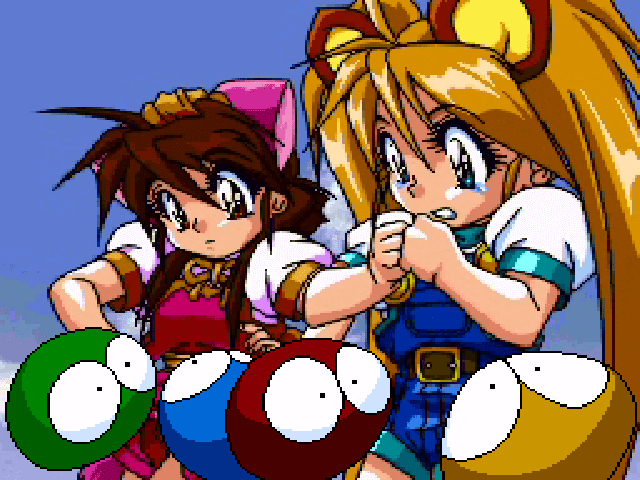