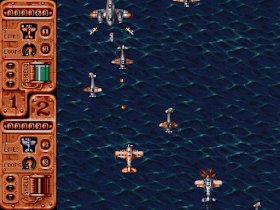 Genre: Action
Perspective: Top-down
Gameplay: Shooter
Vehicular: Flight / aviation
Setting: Steampunk
Published by: Core Design Ltd.
Developed by: Core Design Ltd.
Released: 1994
Platform: Amiga
When someone asks "what would you like to see such a cool Amiga", he is usually advised this game. The late years of the Amiga and games from Core Design - this is exactly the same Amiga that it is remembered now - perfect pixel graphics, arcade gameplay and wonderful music. Of course, the main advantage of Banshee is the graphics, according to which it is not inferior to the best representatives of the shoot 'em up genre from arcade machines. Indeed, let's take a look at all these soldiers who crawl, jump, jump out from behind corners and windows (and even from graves in the cemetery!), Burn and make various other carefully animated movements! And the weather conditions - starting rain, fog? If this is not enough, then how do you like a carefully traced city without any copy-paste there? Full-sized sprites of bridges, lighthouses, locomotives with wagons, huge bosses... Of course, it makes no sense to list all the graphics - you need to look at it once in the game.
The plot in the game is as short as typical for Amiga (and Core Design games): it is presented briefly, but succinctly and with humor, as if mocking the game clichés. Just a few screens with nice illustrations tell about the lone inventor Sven Svardensvart, who challenged the alien invaders of the Earth - the Styx Empire. The game takes place in 1999 of an alternate reality, the TVs are still black and white, there are no microwave ovens (it was for refusing to invent the microwave oven that the Styx brutally dealt with Sven's father), and the planes are still with a propeller. It is thanks to this unusual setting that the visual style of the game turned out to be so unique and memorable.
What can you say about the gameplay? It is fairly standard, although not without its own "chips" and zest. So, for example, here you can make a dead loop - avoiding enemies when there are too many of them. And to shoot everyone at all here will not work - even with all the bonuses of Sven's Banshee, he is quite vulnerable and not too strong. Even on easy difficulty. But targets - both ground and in the sky - we are provided with much more than we can destroy. Therefore, it is very important to choose the right place to shoot: some objects give very useful bonuses. These can be "healers" or strengthening weapons - shooting to the side, homing missiles and a bomb.
Separately, it is worth mentioning the game mode for two, which is simply necessary for such a game. If the players are skilled enough, then it becomes easier and more interesting to play than in single player mode. In general, the whole game turned out to be excellent - a real arcade classic, forever inscribed in the Hall of Fame of computer games. 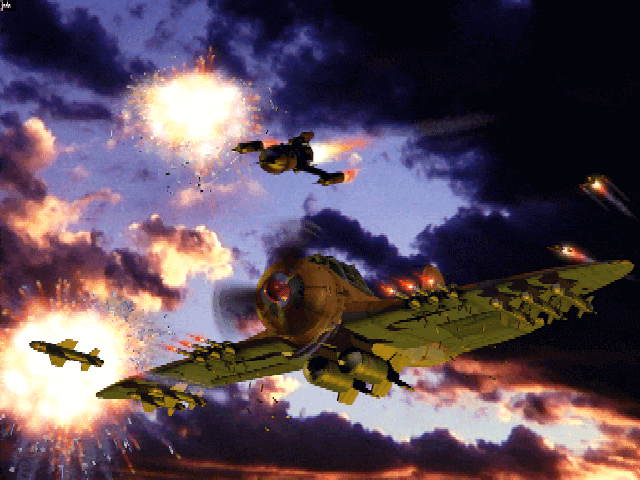