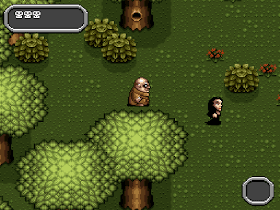 Genre: Action
Perspective: Top-down
Gameplay: RPG elements
Published by: Ocean Software Ltd.
Developed by: Ocean Software Ltd.
Released: 1995
Platforms: Super Nintendo (SNES), SEGA Genesis / Mega Drive
The villainess Debbie Jelinksi is annoyed by the Addams family... She kidnapped baby Pubert, and Uncle Fester is the only one who can find him and return him to a loving family.
Hey! What does this game remind you of??? That's right - The Legend of Zelda! "Addams Family Values" - action game with RPG elements. It's hard to imagine that a game of this class could be made on SEGA Genesis, but it's true. Let SEGA Genesis fans take no offense, but on the Super Nintendo the game is simply a masterpiece. In contrast to the primitive platformer that the first game presents and the advanced platformer (Pugsley's Scavenger Hunt), Addams Family Values has received the warmest reviews from the players. The game is an odd combination of Addams Family and Final Fantasy.
‹
›
Home
View web version