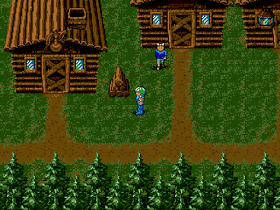 Genre: Role-playing (RPG), Strategy
Perspective: Top-down
Pacing: Turn-based
Setting: Fantasy
Published by: American Treco Corporation
Developed by: Technical Wave
Released: 1992
Platform: SEGA Genesis / Mega Drive
In the kingdom of Sorcerer, everything was fine, but one day monsters began to appear in the villages. Our hero needs to stop the spread of evil. They need to collect all the spirits of the world in order to return the evil to where it came from and prevent it from spreading. Other than that, it's a standard RPG. Here you need to buy or find various items in order to increase the combat characteristics of the character. Character upgrade is possible. True, the battles are not quite in the standard form for this genre.
‹
›
Home
View web version