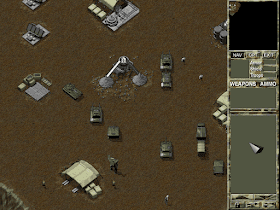 Genre: Strategy
Perspective: Top-down
Pacing: Real-time
Published by: Interactive Magic
Developed by: Optik Software
Released: 1997
Platform: DOS
A strategy with great, but, unfortunately, not fully exploited potential.
You are at the head of a small army, carrying out various contracts on order. It is in your power to influence absolutely everything, from the development of new types of weapons and the purchase of units to the choice and direct execution of missions. In words, it sounds very tempting. Another thing is how it is implemented.
In your office, you will have to do three main things - choosing directions for technological development, finding new contracts for your manual army, and trading on the stock exchange.
It's nice that by buying more than fifty percent of the shares of a company, you will get access to the technologies that are being developed by this company. By taking over, for example, a computer company, you can be sure that your units will soon acquire a much more accurate targeting system.
Unit design is also completely up to you. You are free to choose the basis for the unit (helicopter, tank, robot), and then hang on it any weapons and armor available to you. Just keep in mind that everything costs money, and sometimes a lot.
Do you want new technologies? Then it is worth thinking not only about buying shares, but also about hiring scientists. Of course, they will have to pay a salary, but technological superiority most often pays off in combat.
The mission takes place in real time and is not much different from the same C&C. We establish the extraction of ore (the second resource, in addition to the money that is required to build units), build units, and set off to complete the mission. In the thick of the battle, it becomes almost impossible to control individual units, so all that remains is to rely on numerical and technological superiority.
But the developers forgot the graphics. Apparently, they decided that the player would be so interested in the development and design of new units, as well as playing on the stock exchange, that he would not pay attention to the graphics. So infantry is a strange set of pixels, and a light tank differs from a heavy one mainly in the size of the sprite. Only extremely low detail and indistinct coloring remain unchanged. Dull units creep gloomily across the bleak landscape. Sad picture.
If the graphics in the strategy are not the main thing for you, and you are able to turn a blind eye to the extremely weak AI, then I think that you should pay attention to this game. This is not a war. This is business. 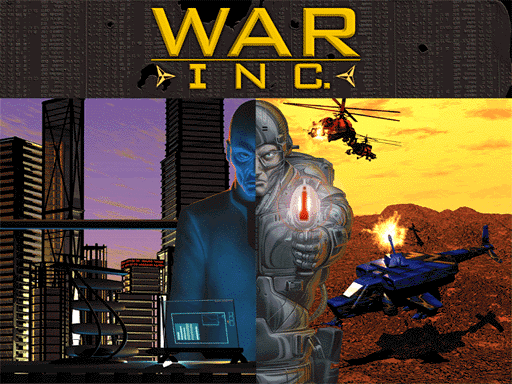