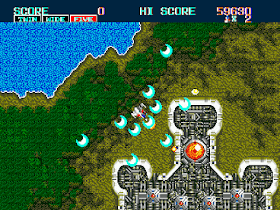 Genre: Action
Perspective: Side view, Top-down
Visual: 2D scrolling
Gameplay: Shooter
Setting: Sci-fi / futuristic
Published by: SEGA of America
Developed by: Technosoft Co.
Released: 1989
Platform: SEGA Genesis / Mega Drive
Quite an interesting representative of the scroll shooter genre. In the story, the Galactic Federation is opposed by the ORN Empire. One of the Federation planets has been captured. Another global war is brewing again... The levels here are very diverse, besides, they are divided into two types that are not similar to each other. In the first case, it is necessary to destroy several enemy bases, while the action takes place with a top view, and the flight direction is not fixed - you can move in any direction. The second type is more classic, horizontal shoot 'em up. Here our combat spacecraft moves strictly from left to right, destroys enemies, and at the end fights with the boss - as in similar R-Type and Gradius. At your disposal is a considerable arsenal of weapons and several additional improvements. The game has a very good musical accompaniment. 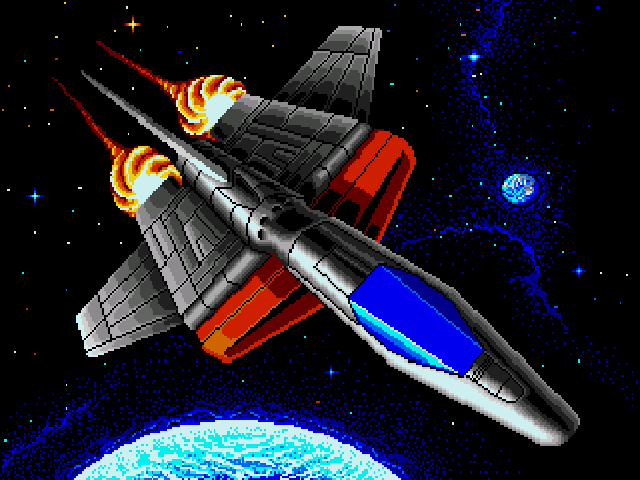