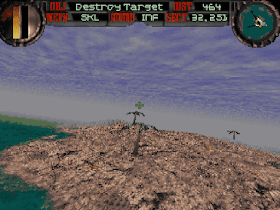 Genre: Action
Perspective: 1st-person, 3rd-person
Gameplay: Shooter
Vehicular: Flight / aviation
Setting: Sci-fi / futuristic
Published by: Microsoft Corporation
Developed by: Terminal Reality
Released: 1995
Platform: Windows 3.1
Fury3 is a sequel, just not a sequel to the defunct Fury2, as the title might suggest. Microsoft bought the developers of a good arcade flying game Terminal Velocity, and they made it another TV, only slightly changing the surroundings. Dynamics is not affected, so it is quite possible to play.
‹
›
Home
View web version