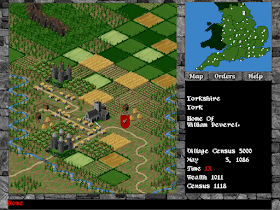 Genre: Role-playing (RPG), Strategy
Perspective: Diagonal-down
Visual: Isometric
Gameplay: Arcade, Managerial / business simulation
Interface: Point and select
Setting: Europe, Medieval
Published by: Sierra On-Line
Developed by: Software Sorcery
Released: 1995
Platform: DOS
Extremely interesting off-genre game. In it, you are invited to take on the role of a young (yet) Norman, the son of a soldier, William the Conqueror, who captured England in 1066. Your father left you a castle and a small territory, and you have to choose your own path in life...
The game is both a strategy, RPG and even partly action from the first person and isometric. The strategic part is the most global - you need to take care of the subjects of your small possession, develop the economy and, if necessary, repel the attacks of your neighbors, and then, perhaps, start expanding the territory yourself ...
At the same time, your character is a personality that also needs to be developed. The hero has many characteristics that change depending on the performance of various strategic actions, as well as participation in knightly tournaments (a special game mode with a first-person view). They, in turn, affect your popularity in the state, diplomatic relations with your neighbors, the favor of potential brides...
The freedom in the game is great: you can marry and peacefully develop your lands, you can start a war with Wilhelm himself and become the ruler of all of England, or you can even delve into fantasy adventures, because dragons also found a place in this amazing world...
The game is made in SVGA-graphics and makes a very pleasant impression both in appearance and varied and unusual gameplay. Recommended for fans of multi-genre and just good old games. 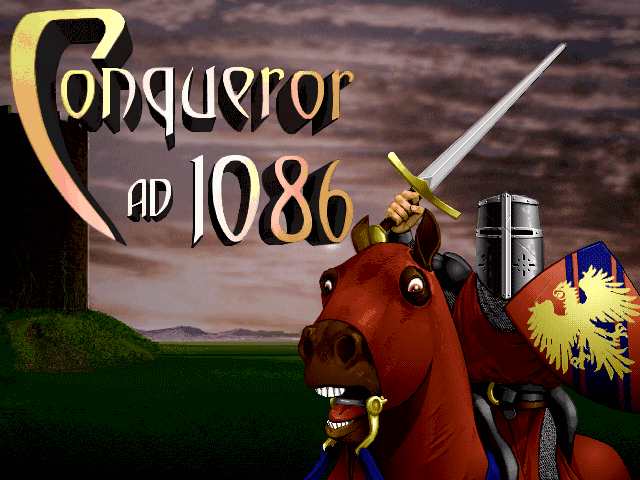