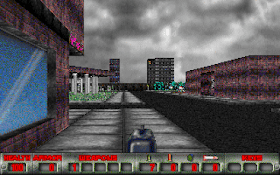 Genre: Action, FPS
Perspective: 1st-person
Gameplay: Shooter
Setting: Sci-fi / futuristic
Published by: QASoft
Developed by: QASoft
Released: 1997
Platform: DOS
An interesting and almost unnoticed game creation in the 3D shooter genre with a typical doom-like architecture, released in 1997, which could already be classified by merciless critics as “better never than late”. Although the authors could time the publication of this game to the 50th anniversary of the hard landing of an alien meteorological probe in Roswell, New Mexico. However, the game is unique, in no way repeats the famous Doom game, but has its own X-Files atmosphere and contains a certain humorous zest, in which all the movie stereotypes about aliens, special services and extraterrestrial invasion accumulated by the end of the 1990s are perfectly beaten ...
...Yes, and yet they have been visiting us for a long time. After the sharp increase in UFO sightings, something happened that we have always been afraid to admit is a danger - an invasion by alien invaders. During their secret stay among people, they had already managed to dig out a huge underground complex under the city, where they prepared their terrible viruses. Now the future of mankind depends only on you, a lone hero. You will find the entrance to the underground lair of aliens and destroy them all in order to prevent the capture and enslavement of the Earth.
The very first level of the game already contains many humorous "jokes" in the form of absolutely mutually exclusive paragraphs, for example: the American road sign "Children" is accompanied by a plate of the established speed limit of 75 miles per hour (!); where warning signs “Do not litter” are placed in the park, there is an ordinary garbage dump; at the end of the dead end indicated by the corresponding road sign, there is a sign “No U-turn”; etc. Most likely, this small card is generally made as a humorous "lure". There is a cemetery on the first level, where on many tombstones instead of the monotonous R.I.P. the names of many "remarkable people" are engraved on the stone - as I suspect, the authors of this game themselves. Usually, earlier, a gallery of portraits was created for this in some secret room, but here it turned out to be very original and self-ironic. And the abundance of Masonic symbols at the beginning of the game even adds the spirit of some mystery. But in subsequent levels, unfortunately, there will be mostly standard and rather monotonous gameplay.
Enemies in the game are represented by interesting characters. For example, inconspicuous and very similar to each other people in black, most likely - with the same and not very common surname Smith; they obviously represent an extremely little-known organization in America - Big Brother CJSC. The aliens deliberately deflected them to control the population of the city. Further - more interesting: there are giant hornets - they bite painfully, and it is possible to “put” them out of a shotgun with two or three shots, no less. There are also cyborgs with some kind of red devices on their heads. The aliens themselves look like the classic "gray", only bright green in color and with large bulging eyes.
This is where the differences from Doom end. The gameplay is absolutely classic and was typical for the first half of the 1990s. We walk, shoot, collect access cards, go to the next level, that's all. Well-hidden "secrets" are prepared at the levels. Movements on the map are made fast (running) - so fast that alien forces simply do not have time to hit you. Our weapons will not be very diverse: a pistol, a shotgun, a machine gun, a bazooka and lemon-type grenades. From the exploding environment there are barrels, for some reason marked with the icon "radioactive substances". Saving the game is possible at any time. In short, the most that neither is a classic of the genre.
Graphics are represented by a resolution of 320x200 in the DOS version of the game. In the Win version, the screen resolution is much better. The colors are pretty well put together in a palette that looks a bit bright. High-quality textures are well matched to the high-tech theme of underground alien structures. Sprites do not shine with animation detail, but the characters are still graphically easily recognizable. But the resolution for character sprites and objects is very good.
Of course, there are several reasons for the failure of this game. The graphics from Doom in 1997 could only surprise in a slightly opposite way, like “What, these games are still being published!?”. Another failure is the humorous concentration of creative efforts on aliens in their most canonical representation. In those years, this was already beginning to become boring, especially if you remember that on TV the popular TV series with the adventures of Scully and Mulder went almost every day and two episodes at once. The game represents the sub-genre of computer games "humorous 3D shooter" and certainly deserves a new wave of attention from the gaming audience. 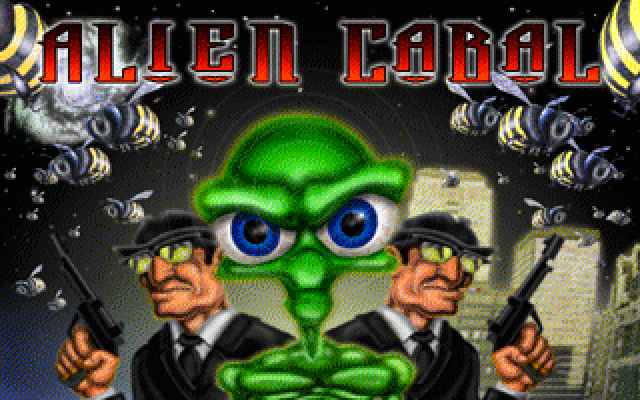