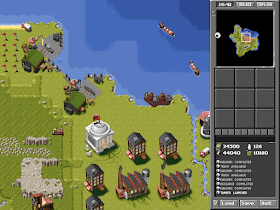 Genre: Strategy
Perspective: Top-down
Pacing: Real-time
Published by: TACTICAL Soft Inc.
Developed by: TACTICAL Soft Inc.
Released: 1997
Platform: DOS
Let's take a sensible look - what is the practical use of war? That's honest. Without soapy propaganda about the greatness of the nation, each leader of which probably keeps a top copywriter with him to write high-profile speeches with a uniqueness rate of more than 89%. Progress? It seems. This is the only thing that compensates for the mass death of more or less living beings, including humans and other bestials. So the developers of Tactical Software decided to exclude the human factor from Arsenal: Taste the Power. Now it is not living targets of flesh and blood that are pulling the rope, but tanks, artillery, submarines and bombers. And who performs the functions of a driver, helmsman or pilot is not so important. In any case, let's hope that this is not "who", but "what", recalling the WarGames strategy and the movie of the same name.
However, the automation of the country's military-industrial complex and the subsequent cloning of the civilian population are unlikely here - the plot of Arsenal is stuck in a near-historical rut left by the game's peer, Command & Conquer: Red Alert. Both sides of the barricades, the communists and the European Union, confidently clobber each other for nothing, arranging geopolitical chaos. "Arsenal: Taste of Power" - this is literally translated the name of the real-time strategy, which was released in 1996 in the wake of Dune-like projects. But, despite the through reassessment of its own importance, with a more detailed acquaintance, the game turns out to be extremely original. The name concentrates all the charm of this RTS: the hand of the leader, who is quick to rise in heavy industry, looms menacingly over a humble people who are ready to work hard for the good of peace and prosperity, albeit very, very distant and generally unlikely.
While residents generate financial well-being by replenishing the state treasury with specie, “black gold” is pumped from sea wells, which will be used for fuel to refuel units, and ore from which people smelt metal to produce these very units. The resource extraction chain has been simplified so much that, once having rebuilt a residential area and setting the route for compassionate tankers and trucks, you can completely forget about them for a while and come to grips with reconnaissance of the area and gathering the first tank battalion. And so on until the first major improvements, when the arms race will force you to switch to austerity mode of resources that need to be correctly distributed between the expansion of the base, its defense, the study of fresh technologies and the production of new units of military equipment.
With an immodest fleet of more than twenty cars, Arsenal could be put in one place with Total Annihilation, and the stepped “development tree” resembles that of Age of Empires, but both bestsellers appeared only a year later. "Arsenal" went even further: each unit gains experience in battle, which encourages the thoughtful formation of veteran regiments and disaccustoms to fight only by numerical superiority. There are at least twenty different upgrades for nine main and four defensive structures. Researching sonars or a new type of troops in general will require not only an impressive share of resources, but also some time, which, in conditions of spontaneous attacks from behind a hillock, is always short.
In the "structure" of the cards, Tactical Software also expressed their individual vision. The land has no usual borders: as soon as the player moves the mouse cursor to the edge of the field, an arrow will readily appear from the opposite side. True, the ambiguous illusion of planetary dominance is more likely to amuse the ambitions of both factions than to bring convenience or interest to the gameplay. The landscape is varied and heterogeneous and requires some attention from the builders, who, to the delight of perfectionists, can tamp the ground for hours before laying the foundation for the next object.
The vigor of the gameplay provokes purely sports competitions according to the unshakable rule "who is faster, that and ...". Borrowings from the technological C&C and the immortal Dune are undoubtedly obvious, but so subtly “replayed” in their own way that to suspect Arsenal of something ignoble - the pen does not turn. The influence of the giants of the strategy genre has endowed the game with the same user-friendly interface on the right side of the screen, the same strict architecture of buildings and the same ideas of global dominance on land, water and air. From the commanding heights, armored coffin trucks look like two drops of machine oil, but a solid knowledge of the differences between one tank and another and combining different types of troops will save a lot of resources and nerves, as well as ensure the desired victory, which in Arsenal: Taste the Power comes with hard work and defense. Literally. 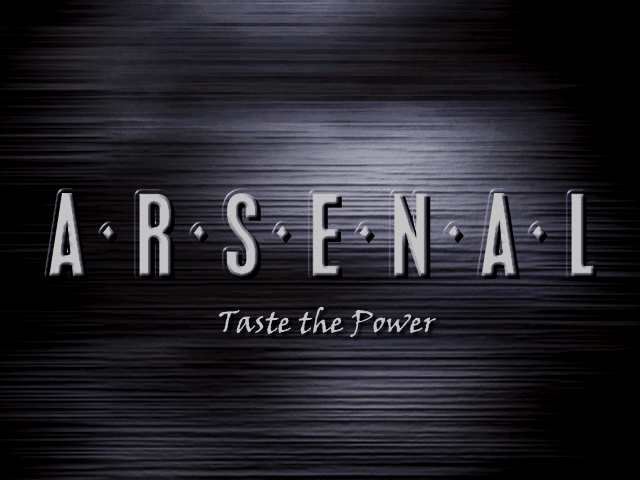