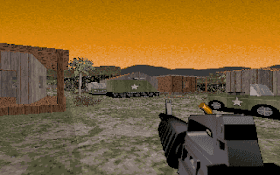 Genre: Action, FPS
Perspective: 1st-person
Gameplay: Shooter
Interface: Direct control
Setting: Cold War, Historical events
Published by: GT Interactive Software Corp.
Developed by: TNT Team
Released: 1998
Platform: DOS
Perhaps this is one of the most controversial, one might even say - odious first-person shooter, released at the end of the legendary Build engine in 1998. It is almost impossible to find any neutral, restrained or moderate reviews of this game - only the most direct and most extreme judgments. Well, let's try to figure it out...
The Vietnam War is a rather unpleasant page in world history. More than one movie was dedicated to these tragic events in the United States. And until 1998, games were even released, among which, for some unknown reason, for some reason there were no 3D shooters. But it was so desirable ... But who among us, “banging” on the Build engine, for the hundredth time from powerful “trunks” recklessly shooting dumb pigs, cultists or ninjas, didn’t think: “What if we saw something on the“ Duke ” then about a war game, where everything is real, where they can easily kill with one bullet? ... ”I must say, such FPSs already appeared then. But these were mostly command and tactical games, where you had to give complex commands to your partners, carefully read the briefings before the mission, wait in ambush... , frantic gameplay, pace: move and shoot, shoot and run somewhere again ... 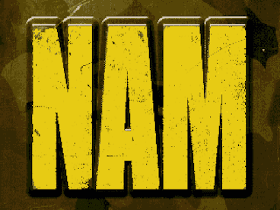