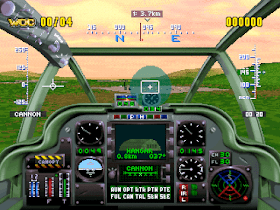 Genre: Simulation
Perspective: 1st-person, 3rd-person
Vehicular: Helicopter, Vehicular combat
Published by: MicroProse Software
Developed by: MicroProse Software
Released: 1996
Platform: PlayStation (PSX, PS1)
The fact remains that most games for video consoles that simulate flights - on planes, helicopters or hot air balloons - are boring, viscous and unsophisticated. Is that a series of Strike (Nuclear Strike and Soviet Strike) from Electronic Arts. And it’s not that they are technically imperfect, on the contrary, in most cases, real flight situations are recreated. But it is in realism that troubles lurk (however, someone is looking for exactly this in games). In such arcade masterpieces of their time as Desert Strike and Afterburner, the entertainment was just achieved due to unrealistic pyrotechnics and special effects. In this sense, the helicopter game Gunship is not much different from other imitations. It takes quite a lot of time just to get close to the enemy at a sufficient distance. When you finally fire, the only reward is a medium explosive.
In this game, you can fight in two theaters of war - in the Persian Gulf and Central Europe. For those who are not too keen on simulated flight control, an arcade mode is offered, however, it also suffers from the shortcomings of active action.
The game is deep enough to play it for a long time (unless, of course, you get bored with it). Undoubtedly, it is able to give pleasure to avid fans of flights.

To succeed, you must follow some rules. Firstly, it is better to observe the action from the cockpit: this way you will have much more information; for example, you will hear the conversations of 2 pilots.

On the loading screen, press and hold L1 + L2 + R1 + R2 at the same time until the task starts. The word Cheat will appear in the upper left corner - and you are invincible!

While in the Loading Screen option, press L1 + L2 + R2 + X at the same time. If you succeeded, then the word Cheat will appear in the upper left corner. By entering the Unlimited Ammo Cheat option, you will provide yourself with such firepower that you can handle any of the most difficult situations.
‹
›
Home
View web version