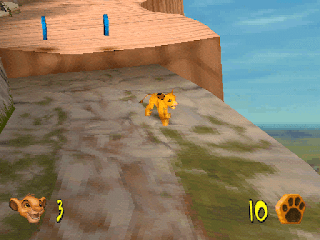 Genre: Action
Perspective: 3rd-person
Gameplay: Platform
Published by: Activision Publishing
Developed by: Paradox Development
Released: 2001
Platform: PlayStation (PSX, PS1)
The plot of the game is based on two Disney's movies The Lion King and The Lion King II: Simba's Pride. The storyline is very much tied to the plot of the movies.
At the beginning, we play a little Simba, then he grows up and the plot smoothly moves on to the second part of the cartoon. Simba has the same skills as in The Lion King for SEGA Genesis. He also kills his enemies with a somersault or a roar. There are also other new features. In order to pass the level, you need to collect a certain number of "paw prints". The game has a lot of different mini-games. They open as you progress through the game and complete various tasks. The plot of the game is accompanied by excerpts from the first and second parts of the movies.
‹
›
Home
View web version