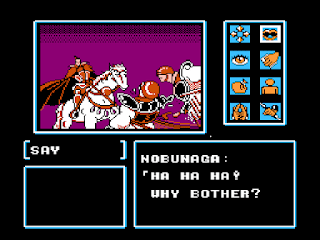 Genre: Adventure
Perspective: 1st-person
Art: Anime / manga
Setting: Fantasy, Sci-fi / futuristic
Published by: Pony Canyon
Developed by: Atelier Double
Released: 1990
Platform: Nintendo (NES)
Continuation of such a successful NES game. The graphics in the game are just great. Music also has not lagged behind since the first part. What a pity that such games reach us only decades after their release. But we will appreciate them and understand purely to the smallest detail. Highly recommended to play.
‹
›
Home
View web version