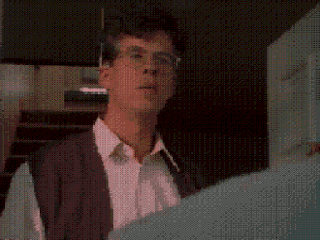 Genre: Action
Perspective: 1st-person
Art: Full Motion Video (FMV), Video backdrop
Gameplay: Quick Time Events (QTEs)
Published by: SEGA of America
Developed by: Code Monkeys Ltd.
Released: 1995
Platform: SEGA CD / Mega-CD
The Wirehead game is made in the form of an interactive video, at a certain point in the game you will need to press a certain button in order to guess where you are going. The main part of the game you have to escape from the pursuit, just like in the game Brain Dead 13.
Family man Ned Hubbard, who was a history teacher and botanist and was afraid of his own shadow, after an accident, a computer chip was implanted in his head, which, using a special control panel, allowed him to control Ned. His life has become not so calm, especially when the remote control falls into the hands of his children. But his wife Sali always stands up for him. And everything would be fine if the evil biotechnologist Slitcon and the FBI had not hunted him. One of the usual days, people in civilian clothes ring at his door. This is where our game begins.
‹
›
Home
View web version