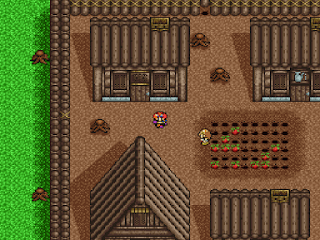 Genre: Role-Playing (RPG)
Perspective: 1st-person, Top-down
Visual: 11111
Art: Anime / manga
Pacing: Turn-based
Setting: Fantasy
Published by: Banpresto Co.
Developed by: BEC Co.
Released: 1994
Platform: Super Nintendo (SNES)
This game was based on the popular 1989 light novel written by Hadime Kanzaka, which tells the adventures of a young and powerful, but hell-hungry sorceress Lina Inverse. Alas, the game did not gain great popularity even at home, so it was not ported abroad, which cannot be said about the classic anime series "Slayers". The game was originally supposed to be released on the NES, so it doesn't have many of the features and graphical surpluses inherent in SNES games. The game has a very powerful, funny, and sometimes crazy plot.
‹
›
Home
View web version