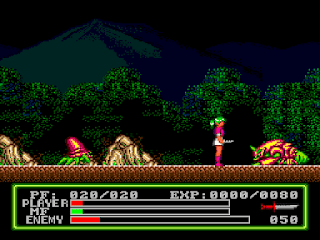 Genre: Action, Role-Playing (RPG)
Perspective: Bird's-eye view, Side view
Art: Anime / manga
Gameplay: Shooter
Setting: Post-apocalyptic
Published by: Victor Musical Industries
Developed by: Fun Project
Released: 1989
Platform: TurboGrafx-16 (TG-16)
A unique action RPG in which we play as a girl with supernatural powers. Our task is to figure out what happened in the town of Chaney's Hill. It was overrun by monsters, and most of the inhabitants were killed. We urgently need to save the survivors and figure out what the matter is ... In the game, the character has very limited resources, and battles with enemies do not bring anything good. Only death. The game is inspired by a variety of horror stories, from Stephen King's books to David Cronenberg's films.
‹
›
Home
View web version