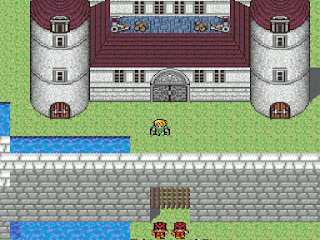 Genre: Role-Playing (RPG)
Perspective: Top-down
Pacing: Turn-based
Setting: Fantasy
Published by: Square Co.
Developed by: Square Co.
Released: 1992
Platform: Super Nintendo (SNES)
This game is the fourth in a series of Saga games. It is so popular that it is ranked 53rd on the list of the greatest games of all time. Nevertheless, the game received bad reviews from critics, who called it boring and weak. But the music for the game, especially the main soundtrack, received a lot of praise.
The game takes place in the fictional world of Mardias. There are eight different characters in the game, and the player can choose which of them to lead. 1000 years ago, the evil god Saruin was sealed, and now the player's task is to go around the whole world and prevent it from being reborn. Throughout the game, the hero meets with the other seven characters who will help him in this difficult mission.
‹
›
Home
View web version