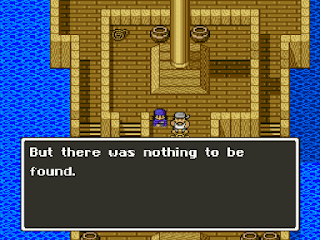 Genre: Role-Playing (RPG)
Perspective: 1st-person, 3rd-person, Top-down
Pacing: Turn-based
Gameplay: Japanese-style RPG (JRPG)
Setting: Fantasy
Published by: Enix Corporation
Developed by: Chunsoft Co.
Released: 1992
Platform: Super Nintendo (SNES)
A continuation of the popular Dragon Quest RPG series, which was released only in Japan, depriving the American regions of one of the best RPG series. It is worth thanking the enthusiasts who translate old games, thanks to which you can experience this magnificence in English. The storytelling really has an amazing originality that can be described as a "generational system". The game covers three time periods: childhood, youth, maturity. You play as a nameless hero at the age of 6, and from that age you watch his life. Graphics are good for Snes. The monsters look a little cartoony, a little funny and somewhere cute. However, their attacks look really cool. The music perfectly matches the mood of each area in the game. Cities feel like cities, dungeons, dungeons, etc. Give this game a try and I don't think you'll be disappointed.
‹
›
Home
View web version