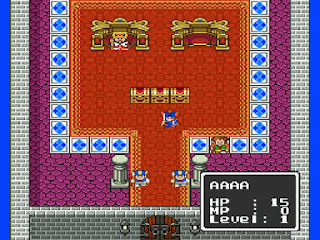 Genre: Compilation, Role-Playing (RPG)
Perspective: 1st-person, Top-down
Pacing: Turn-based
Setting: Fantasy
Published by: Enix Corporation
Developed by: Chunsoft Co.
Released: 1993
Platform: Super Nintendo (SNES)
Two classic games first released on the Nes in one Super Nintendo rom. A remake of the first stories of one of the best Dragon Quest RPG series. This implementation definitely has a lot of improvements in graphics, music, and interface. Both of these games are done in the standard RPG style. You will have to play as a descendant of Loto, who must defeat the dragon, personifying evil. In the second part, you need to overcome the evil mage Harpoon. Recommended to all fans of classic RPGs.
‹
›
Home
View web version